Google introduced Quick Setting tiles in Android Lollipop to allow users to easily toggle certain settings on their devices. However, you still need to pull down the notification shade with one finger at least twice to see the full set of Quick Settings tiles (you only need to pull down once if you use two fingers). Now imagine the freedom to have all those toggles on your home screen in the form of a widget. This is where MicroToggles from XDA Recognized Developer ukanth comes into play.

Widgets have been a staple among Android users for years, and MicroToggles allows them to be more productive by adding more than 30 actionable toggles. Besides typically used toggles such as Wi-Fi, GPS (AKA Location), and Airplane mode, you will now get access to several not-so-used toggles such as Wireless USB Debugging and battery information at your fingertips. Expand the list below to see all the supported toggles.

The developer is actively working on adding more features as well as new toggles. The app works on Android 10 while being backward compatible all the way back to Android Lollipop. Having root access is suggested to make the most of this highly customizable Android widget as many toggles require root.

The concept of this app isn’t completely new, though, as the widget itself is based on an app named PowerToggles that used to provide similar functionalities. XDA Junior Member painlessDeath, the creator of PowerToggles, open-sourced the project before discontinuing development which was later picked up by XDA Recognized Developer ukanth to use as the foundation for MicroToggles.

As of now, the app is in the Early Access stage, but you can download it using the link below. The source code is available on a private repository, which the developer has promised to make public after the general availability of the widget. 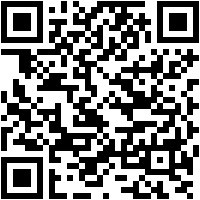