Motorola brings its flagship Moto G100 to the U.S.

Back in March, Motorola launched its first flagship phone in the Moto G line: the Moto G100. The G100 is the first Moto G phone with a Snapdragon 800-series chipset, specifically the Snapdragon 870, but unlike Motorola’s Edge+, the G100 didn’t break the bank. Now, Motorola has launched the Moto G100 in the U.S., and it’s available starting today. The Moto G100 offers flagship-level performance thanks to its Snapdragon 870 chipset, an overclocked variant of the Snapdragon 865 that powered Motorola’s previous Edge+ flagship. The chipset is paired with 8GB of RAM and 128GB of internal storage, the latter of which is expandable by up to 1TB with a microSD card. The phone is powered by a beefy 5000mAh battery; there’s no wireless charging support, but the phone’s battery can be charged via the included 20W adapter.

On the front, the phone has a 6.7-inch LCD panel at 2520×1080 pixel resolution for a 21:9 aspect ratio. The refresh rate maxes out at 90Hz. The display can be extended to an external monitor or TV thanks to DisplayPort Alternate Mode support, and once extended, Motorola’s “Ready For” software takes over to provide a desktop-like experience.

Unlike the European model, the American Moto G100 seems to lack the dedicated Google Assistant button (as is typical with U.S. versions of Motorola phones.) It does retain the fingerprint scanner embedded in the power button, the 3.5mm headphone jack, and the microSD card slot, however.

The Moto G100 is available in the U.S. in three colors: Iridescent Ocean, Iridescent Sky, and Slate Grey. It’s compatible with both AT&T and T-Mobile as well as all MVNOs operating on their networks. However, it only supports 4G LTE on AT&T’s network, so you’ll need to be on T-Mobile or a T-Mobile MVNO to get 5G connectivity through the carrier’s sub-6GHz NSA network.

With that in mind, you can buy the Moto G100 from motorola.com today. Motorola has discounted the phone by $100 for a limited time, so it’s currently on sale for $499.99. It’s not the cheapest 5G phone you can buy in the States, but it does give a lot of bang for the buck considering its specs. 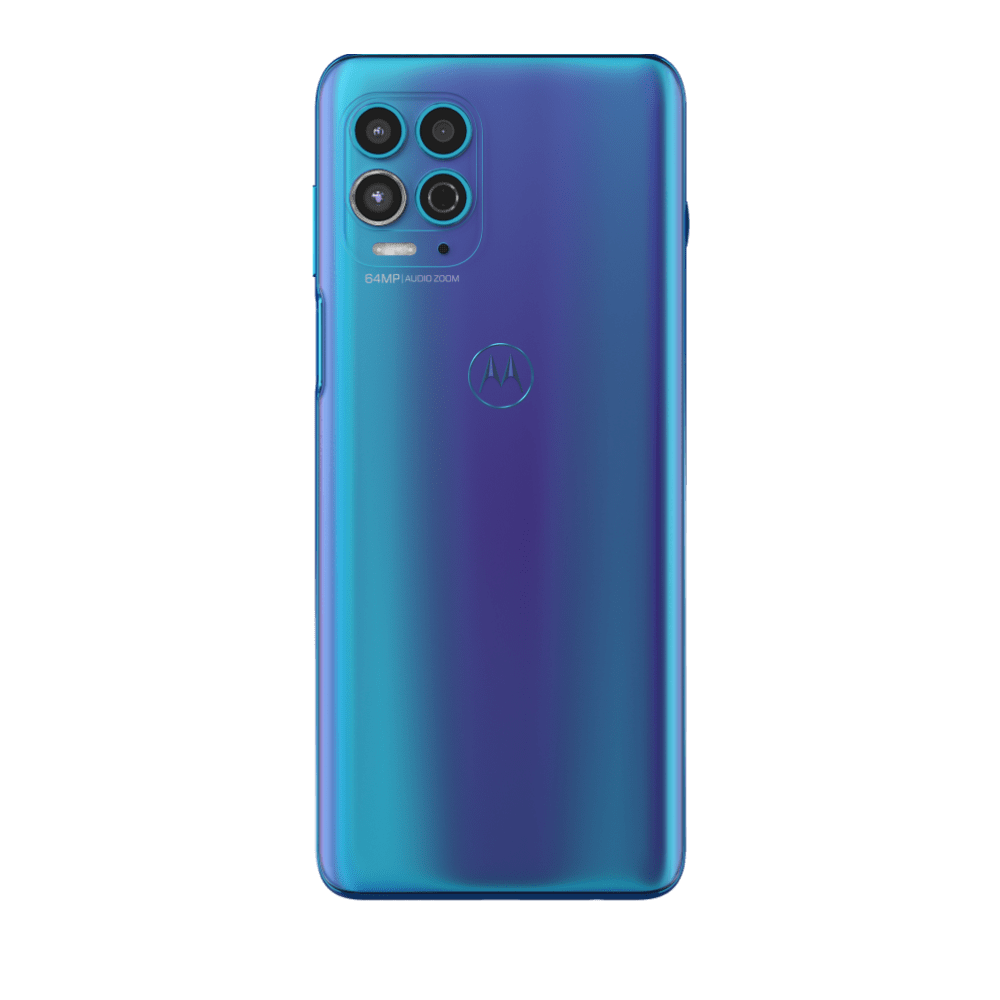 The Moto G100 is Motorola's first Moto G phone with flagship-level specs, and it's finally available in the U.S.