After a few years of sticking to the mid-range, Motorola reentered the flagship space last year with its Edge series of smartphones. This year, the Lenovo-owned company is refreshing the Motorola Edge (a new Edge+ could come later), and the new phone is certainly an interesting device. The Motorola Edge (2021) packs a 144Hz display, a 108MP camera, and Qualcomm’s Snapdragon 778G processor.

The launch event for the phone was held at Yankee Stadium, and after the event, there were demoes featuring five-time All Star Bernie Williams and first-ballot Hall of Famer Mariano Rivera. Journalists were invited to stay for the game after, but we weren’t given review units, so there won’t be camera samples from the game (I used the Pixel 5a for that). Oddly, we also weren’t allowed to have laptops in the stadium. First, let’s talk about the design of the new Motorola Edge. The color — which was described as “dramatic and mysterious” — is called Nebula Blue. Indeed, it’s a sexy design. The back is made out of plastic though, something that I have mixed feelings about given the $699 price point. The 2021 Motorola Edge is truly beautiful though, and it looks just as good in person as it does in pictures. And then there’s the screen, as we talk about strange compromises. For the 2021 Motorola Edge, the company went with a 6.8-inch FHD+ 144Hz IPS LCD. For comparison, last year’s model had a 90Hz OLED display. The higher refresh rate makes for smoother motions and animations; there’s no doubt about that. 144Hz even takes it a step further than the 120Hz displays that we’re seeing from Samsung and OnePlus.

The more interesting thing is that Motorola switched from an OLED display in the original Edge to an IPS LCD in the 2021 model. Don’t get me wrong: The quality of the LCD is fine, and the refresh rate looks great, but perhaps they could have used a 120Hz OLED display instead.

There are companies making phones with 144Hz OLED screens, but they’re mostly in expensive, high-end gaming phones like the Lenovo Legion Phone Duel and the ASUS ROG Phone 5. I feel like the team could have scaled back on the refresh rate just a bit in order to give us an OLED display. Now, let’s talk about the camera. The Motorola Edge (2021) has a 108MP main camera, which uses nine to one pixel binning for better low-light performance. While you can get 12MP photos out of it, you can also set it to get a full 108MP image. Sadly, there’s no OIS in the sensor. The other camera is an 8MP ultra-wide lens, which can also be used for macro mode. It’s always nice when a company lets you use an ultra wide-angle sensor as a macro lens. Too many companies have useless cameras on their devices, which includes the third sensor on this phone, a 2MP depth sensor. I’d rather it have a telephoto lens like in the phone’s European counterpart, which would have actually been useful. Back to my main point, a lot of companies would have added a macro lens just so they can say that there are four rear cameras.

Another feature is super slow motion video, which records at 960fps.

That’s right. Bernie Williams was there to swing a bat for us. Like many super slow motion features on many devices, the Motorola Edge (2021) only lets you do it for a few seconds before it stops the video on its own. You have to know exactly when the thing you want to capture is going to happen, which is a bit inconvenient.

Another feature is spot color video. Spot color lets you pick a color, making anything that’s not that color grayscale. Over the last couple of years, Motorola has added the functionality of doing that in a video.

Years ago, Motorola used to have you tap the part of the image that you want to keep the color from. Now, there’s a circle that you can slide around the viewfinder until you get to what you want. You can even adjust it while recording the video, as well as the sensitivity to the color.

Another neat video recording feature is dual capture video, which lets you use two lenses at once. You can do split-screen, picture-in-picture, and you can choose which two lenses you want. You can do the main and ultra wide-angle sensors, main and front cameras, and so on. Strangely, you can’t switch sensors while recording, even if you pause recording.

One other feature I got to try out is called Ready For, which lets you use the Motorola Edge as a PC. As you can see, the Motorola Edge has a whole desktop environment if that’s what you need. When you first enable Ready For, it gives you options for what you want to so, such as pull up your games or video chat apps. It’s similar to DeX on Samsung phones.

Sadly, Ready For only works wirelessly via Miracast, since the USB 2.0 Type-C port doesn’t support display out. The feature actually debuted on the Moto G100, but that was wired only. Neither smartphone does both wired and wireless. That’s about it for my first impressions of the 2021 Motorola Edge. You can check it out on Motorola’s website here. It’s going to be $699.99, although at launch, it will be discounted to $499.99 for a limited time. 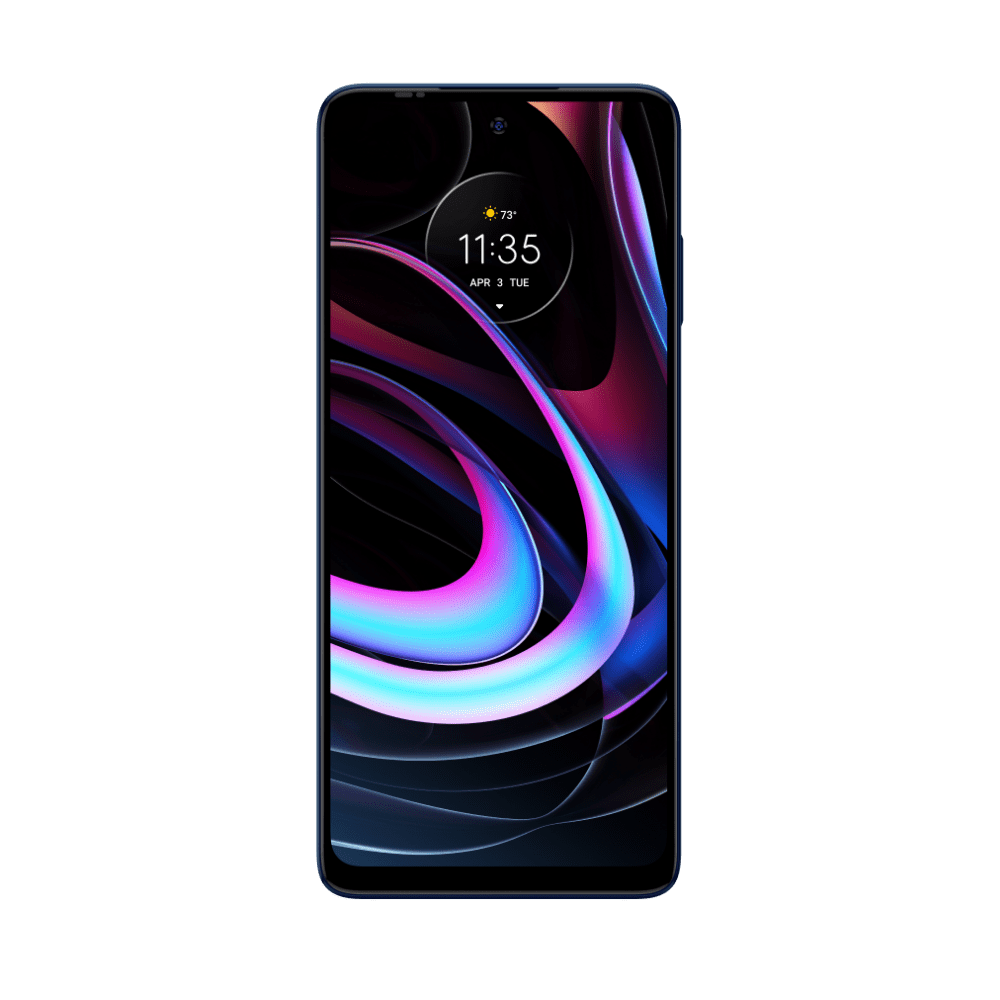 The 2021 Motorola Edge packs impressive specs for a mid-range phone, though its mid-range price is available for a limited time.