As we all swim in a mobile gaming market filled with gachas, clickers, and Candy Crush rip-offs, it’s rare that you’ll come across a game that makes you feel like an action hero. However, I believe I’ve found one — My Friend Pedro: Ripe for Revenge — in which you play a diminutive action hero who’s capable of performing spectacular bullet-time gymnastics in a series of platformer locations. It’s actually a pretty good game, but it’s just a shame it tries so hard to push you in the direction of buying its premium version.

What exactly is “My Friend Pedro: Ripe for Revenge”?

My Friend Pedro: Ripe for Revenge, released on both iOS and Android, is a loosely connected sequel to the 2019 game My Friend Pedro. That game was based on an older Flash game of the same name that was originally released by Adult Swim Games in 2015. The consistent feature of all of these games is that the main character murders people at the behest of a talking banana named Pedro that only he can see. It’s probably best not to think too much about the implications of that. 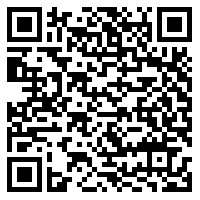 The goal of My Friend Pedro is to fight your way through a series of larger and more complicated warehouses, using a combination of bullet time and acrobatics to outshoot the bad guys who have apparently wronged you or Pedro in some way. Most of the game is a wonderful tribute to the craziest action films as your character athletically leaps and rolls across the 2D platformer maps, the short bursts of action broken up by the bullet time. You’ll spend most of those precious seconds trying to figure out which bad guy best deserves your bullets, in true Max Payne style.

Have guns, will travel

The game has a fairly forgiving difficulty curve for the first few levels, but that’s almost by necessity. The controls can be hard to get one’s mind around at first. Some moves like basic motion require you to use your thumbs on the screen like you’re using a game controller, while others require the use of a finger. It’ll probably take a few tries to get the hang of it, but once you get it, it flows very naturally.

Ripe for Revenge is really one gameplay loop — leap, roll and shoot your way through a series of baddies using bullet time and apparently limitless ammo. It’s a good thing this gameplay loop is done so well. There are endless amounts of fun to be had from blasting your way through walls by shooting gasoline tanks, taking out four bad guys with a single moment of bullet time, and watching your score tick up as the game gives you a star rating at the end of every episode.

Because the gameplay is simple, there isn’t much My Friend Pedro can do to dress it up. You can also pick up a series of other weapons you can use against your enemies, although the basic principle of “tap bad guys until they stop moving” remains the driving force behind all of them.

It’s not a complicated game, but it’s great once you find your groove and master the gameplay. The fun comes in the complications the level throws at you, not how many movement controls or weapons you can use.

Ripe for Revenge by itself is a fun little title, something that will occupy players for a few hours or days of gameplay. It’s not the sort of mobile title you invest months of your time in. You won’t be grinding or partaking in omnipresent gacha mechanics. In fact, the only thing that will prevent you from seeing all of its content within a few hours is the fact that the game runs ads between every level and after every death.

Ads are an unfortunate fact of life in the mobile games industry. If you don’t want to pay outright for a premium game (and most players don’t, if we’re being honest), then this is the only way for mobile game developers to profit from their work. So their inclusion by itself is not worthy of criticism. However, the game not only runs an ad every time you die if you’re playing the free version but after the ad, you’re kicked back to the start of the level. In the premium version, you can pick up immediately from where you left off.

Sure, through perseverance and practice, you can become proficient enough that it won’t matter. You won’t see ads because you won’t die. But that’s going to require a lot of tooth-grinding frustration. The premium upgrade, with its $3 price tag, begins to look awfully tempting after a while, and while I’m aware that’s the point, I don’t appreciate how insidious it is.

And even if you make it all the way through a level successfully, with no deaths and with a perfect star rating, you get an ad anyway! Again, this is a fact of life in the modern game industry, but it’s still depressing how quickly this kills the flow of an otherwise excellent little action game.

If you’ve played the console/PC version of this game, it’s worth pointing out this sequel won’t measure up to it in terms of visual quality. If the original Flash game was an oddball pixel art indie, and the remake is a bright, gory spectacle, Ripe for Revenge is a bit more on the dismal side. It’s mostly dark purple with some browns and greys thrown in, although that does help to make the gun flashes and blood spray all the more noticeable.

Should You Play? Yes!

My Friend Pedro: Ripe for Revenge is a fun action title, definitely worth your time. And I don’t usually recommend this, but I think the premium version is worth it if you’re prone to getting frustrated with games and don’t feel like grinding through the ads to play.