It is no secret that most Windows laptops come with manufacturer-installed ‘bloatware’, as we so like to call it. Though, some of them sometimes turn out to be quite useful as they often add proprietary functionality to the device. myASUS is one such app. As the name implies, it comes pre-installed on ASUS laptops. The application is used for diagnosing and solving problems on the devices it comes installed with. You can download or update software and drivers from the myASUS app. At the ongoing CES 2020 event, ASUS announced an update to this application, which will let users extend the laptop’s screen to the Android smartphone.

For the feature to work, you first have to make sure that myASUS app is installed both on your PC and your Android device. You will need an ASUS PC and an Android device running Android 9 or later to do so (your smartphone can be from OEMs other than ASUS). Then you can just turn on Screen Extender or Mirror feature. Moving the cursor and windows between the screens is seamless. The app also lets you initiate file transfer or phone calls. You can watch the hands-on demo from our own Mishaal Rahman at CES.

Users will be able to take advantage of the feature starting from January 19, 2020. You will have to update the myASUS app from the Microsoft Store, as well as some drivers. I expect the process to be pretty straightforward and most likely automated. I personally would find this feature more useful for tablet users. Though, given the current state of Android tablets, I understand why this feature emphasizes smartphones. You can download the Link to MyASUS app on your Android device from the link below. 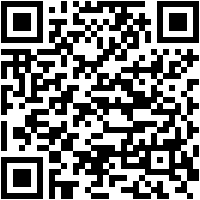