MyFitnessPal’s barcode scanner will only be available to Premium users

MyFitnessPal has been around for nearly two decades. In that time, a lot has changed. It has been bought and sold by big companies, and now, it’s putting one of its most popular features behind a paywall. The company announced the change on its blog, letting existing users know that it would go into effect starting on October 1.

The barcode scanner is one of the most popular features of MyFitnessPal, letting users input food data quickly and accurately. The feature has been available for free since its inception and will now require a MyFitnessPal Premium account to access it. Users that have just installed the app will be required to have a Premium account, while existing users will retain free access to the barcode scanner until September 30. The cost for a Premium subscription will be $19.99 a month or $79.99 a year.

Despite its excellent review score on the App Store and Google Play Store, users have become increasingly frustrated with the MyFitnessPal app over the years. The more recent reviews of the app generally complain about the excessive use of intrusive ads. Many have threatened to move on from the app, even after being longtime users. The company’s latest move will surely exacerbate this issue.

What makes its latest move worse is that for years, users have contributed to building the database for the barcode scanner. If the scanned food was not in the MyFitnessPal database, users were encouraged to add the data manually so it could be used by the community. While the change is impactful, the Premium tier does offer more benefits than just a barcode scanner. A premium subscription removes ads, offers custom macro tracking, deeper nutritional insights, and more. If you’re into fitness and food, the app might still be a good option, especially getting the Premium subscription at its yearly rate. 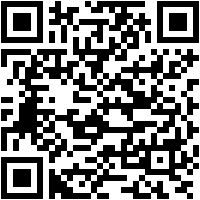 Source: MyFitnessPal
Via: The Verge