Flagship Android tablets are few and far between, with the best of the best coming from Samsung every year. What if you could pick up another Android tablet instead? Maybe something that doubles up as a serious gaming console too? Meet the Nintendo Switch running Android, which is back and better than ever thanks to the Switchroot team bringing Android 10 to the device. I’ve been playing around with it quite a lot, and it’s something that I can genuinely see myself using in the long term. If you want to check out Android on the Nintendo Switch (including instructions on installing it), then read on!

How to install Android 10 on the Nintendo Switch

Thanks to advancements in the Nintendo Switch hacking scene, it is easier than ever to install Android. Rather than needing to set up any particular software on your computer, pretty much everything can be done from inside Hekate. Hekate, by the way, is a GUI-based Nintendo Switch bootloader, and you can boot it on any unpatched Nintendo Switch. You can check here to see if your Nintendo Switch is hackable or not based on its serial number, though there are ways to get it working on some patched Switches, too, through the use of a modchip or other software-based exploit. Even then, you won’t be able to run it on a Switch Lite or the Switch refresh that sports battery improvements, as Android won’t boot on those devices.

If you have everything you need, you’ll need to then head over to the LineageOS 17.1 thread on our Nintendo Switch forums. The beauty of this particular port is that it runs entirely off of an SD card and thus does not touch your Switch’s operating system in any way. Because of that, it is unlikely for your Switch to get banned by Nintendo. When you’re done using Android, you can simply reboot your device to boot back into your Switch’s OS as usual. There are two versions of LineageOS 17.1 to pick from, but I chose the Android tablet version as I primarily use my device undocked; if you mostly use your Switch while it’s docked, then you should consider trying the Android TV version instead. Android 10 on the Nintendo Switch is actually viable

Thanks to advancements in the Nintendo Switch hacking scene, setting up Android 10 on the Nintendo Switch is quick, easy, and an actually viable way of using your Nintendo Switch. You can create a partition on your SD card in Hekate (if you have enough space, that is) so that you don’t need to sacrifice your entire SD card for just Android. Once you’ve booted and set up your device, you can immediately start downloading apps and games from the Google Play Store, which is exactly what I set out to do.

One app I immediately downloaded was the Steam Link app, which allows you to stream games from your PC using Steam to another device on your network. On the previous Android release from the Switchroot team, the Steam Link app could connect and stream a game to my Switch, but the Joy Cons didn’t work. There were complicated potential fixes posted online, though I could never get them working, and my interest eventually waned in using Android. That isn’t the case with the new Android 10 port, though, as Joy Cons now work perfectly in most applications and games. That game that last generation consoles can’t run properly, Cyberpunk 2077, works perfectly on the Nintendo Switch by streaming it from my PC. I know it’s not actually running natively on the Nintendo Switch and that all computation is being done on my computer, but it’s certainly a flex.

But obviously, that isn’t all the Nintendo Switch can do. Think about the thousands of apps and games on the Google Play Store, and imagine all of the opportunities. I’ve been able to watch Twitch streams, browse YouTube, and play GameCube games (to varying degrees of success), and emulate consoles before the GameCube with ease. I’m no longer limited to the past games that Nintendo decided to port to the Nintendo Switch — no, I can play all past games thanks to emulators. What’s more, as already mentioned, I no longer need to worry about my Switch potentially getting banned if I make a mistake. Nintendo can’t monitor my device’s usage in Android — how could they? There are genuine reasons why you might want to keep an RCM jig and a microSD card with Android on it in your Switch’s carry case, especially if you like the thought of having a reasonably powerful Android device with built-in controllers available at any time. It won’t ever be perfect, though

Here’s the one problem with Android 10 on the Nintendo Switch, and it’s inherent to the device itself — it will never be perfect, and in fact, it’s far from it. If you needed to replace your Nintendo Switch’s operating system with Android via a NAND dump, then practically nobody would use this. The Tegra X1 chipset is incredibly underpowered by today’s standards, and what keeps it afloat and somewhat competitive is its powerful GPU. In Geekbench 5 with performance mode enabled, the Nintendo Switch scores a pitiful 823 in multi-core, while the Snapdragon 888 can expect results anywhere in the 3500 to 3900 range. Performance is spotty at best in most GameCube games, and The Legend of Zelda: Wind Waker is barely playable. Games like The Simpsons: Hit & Run are completely unplayable, though Animal Crossing did run at a full 60 FPS at basically all times. Furthermore, you’re not going to have any of the typical Android features that you may expect. There’s no GPS, no microphone, and the battery life is rather poor. You’ll need to enable performance mode in the settings for most games to be playable via emulation, which drains the battery considerably. There’s a flashable zip that you can install to turn off all alarms and notifications in the background when the display is off which certainly helps battery life, but you’ll never get fantastic battery life out of the Switch when it’s booted into Android. I’ve found it to drain quite quickly no matter what I do, so you’ll want to make sure that you’re near a charger at all times. Alternatively, when not in use, turn off your Switch and use your Android smartphone to inject the Hekate payload whenever you want to boot back into Android again. For that I use NSloaderRB. 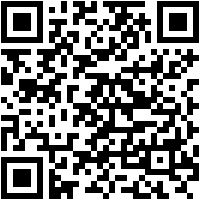 All in all, the Nintendo Switch running Android is certainly more viable to use than it was before, but it’s nowhere near perfect. I’ll definitely continue using it, but if you can’t (or don’t want to commit the time to use it) then you won’t miss out on a lot. It can do everything that it could before, just better, but there’s nothing really revolutionary here.