While Nokia Lumia Windows Phone smartphones were largely considered a flop, there was one feature that fans of the platform knew was miles ahead of the competition, and that was the camera app. It wasn’t even necessarily the quality that set it apart from the competition, but rather the features provided by the camera application. With features like manual shutter and focus, it was unparalleled even in the Android and iOS world. It’s been a few years now since we’ve seen that camera application, but Nokia is bringing the Pro Camera mode back with the release of the Nokia 7 Plus and the Nokia 8 Sirocco.

It has a simple design, but one that hasn’t been replicated anywhere else. You can check out the camera app’s “Pro Mode” in action in the video below.

The camera application in action, as announced at Mobile World Congress 2018.

The updated camera application will be rolled out to all devices with ZEISS optics, according to Juho Sarvikas, Chief Product Officer at HMD Global. It is unknown if this includes previous devices released by the company, such as the Nokia 8, but we certainly hope it does.

HMD Global previously uploaded the Nokia camera application to the Google Play Store, and will likely update it with the new Pro Mode in the future. There are a few other changes too, mainly relating to the color scheme and an improved placement of buttons within the user interface. Keep an eye out for the update on your ZEISS optics-enabled Nokia devices, and we’ll update this post if indeed the Pro Mode makes it way to earlier Nokia-branded devices. 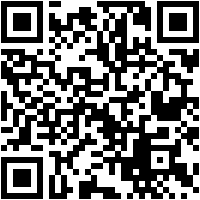 The company is clearly taking its cameras seriously, which may also hint towards a bright future for the company’s cameras in its phones. As the company moves forward with the Android One program, it’ll need great software features such as this in order to differentiate itself. Their strategy certainly seems to be paying off, as the company has been flourishing lately.