Nova is an open-source video player for phones, tablets, and Android TV

Finding the perfect media player on the platform you like to enjoy watching or listening to content on can be a pain in the butt. I remember this being such a hassle on the desktop PC until VLC came around, and now most of the people in the know either use it or MPC-HC. Then people began watching more content on their smartphones, and again, it led to a huge search for the go-to application to use. For a long time, this ended up being an application called MX Player, which has been downloaded by over 500 million users. As people have begun to move away from MX Player, a new open-source video player has emerged and it is being called Nova.

So you may wonder if MX Player had such a strong following then why are so many people looking for alternatives? We see this from time to time though. An application gets so big that some feel it becomes bloated with features, and some feel the updates aren’t pushed out fast enough, or a recent user update has tarnished the experience. However, in the case of Android’s most popular media player, it was actually when MX Player was all of a sudden acquired by a media giant in India. This started to worry people because once a popular application gets acquired, the parent company almost always ruins what made it so great.

Toward the middle of last year, there was a popular media player for Android called Archos Video Player. They decided to release the source code for the application that they were currently charging $5 a pop for. So this is where Nova comes into play. Nova is an open source video player for smartphones, tablets, and Android TV that is actually based on the source code of Archos Video Player. However, like many projects based on open source code, the team behind Nova began working to add changes. Compared to Archos Video Player, the developers behind Nova have given a list of the following changes they have made to the code:

You can read more about this release in the Google+ post down below, but you should be aware that the GitHub page for the Nova project can be found right here. 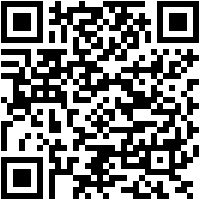