NVIDIA on Wednesday announced a milestone update for its range of SHIELD TV devices, which remain some of the more feature-rich and powerful Android TV-powered set-top boxes on the market. For owners of the original NVIDIA SHIELD TV that launched in 2015, this will be the 25th update, which is pretty remarkable support.

NVIDIA launched its first SHIELD TV set-top box back in 2015 and later refreshed it in 2017. Late last year, the company launched the more portable SHIELD TV streaming stick and the SHIELD TV Pro, bringing a slight upgrade to the Tegra X1 chip, Dolby Vision support, AI upscaling, and a new remote. The new SHIELD Software Experience Upgrade 8.2 that’s rolling out today improves upon the AI upscaler feature for the 2019 SHIELD TVs and also expands the customizability of the new SHIELD remote’s menu button. One of the other big changes in today’s update is the ability to further customize the SHIELD remote’s menu button. Users can now configure a custom action for a double press and long press. There are over 25 actions to choose from, including new ones like switch input (IR only), start Daydream, and more. NVIDIA says the new menu button customization options will work with all SHIELD TVs and requires the SHIELD TV app for iOS and Android. 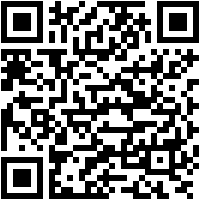 Finally, the SHIELD Experience 8.2 update is adding improved IR and CEC volume control support, allowing users to change the input source on TVs, AVRs and soundbars. If you own a 2015 or 2017 SHIELD TV model, you’ll now have the option to match the frame rate of displayed content. Here are the other enhancements added to the update:

The update is rolling out to all NVIDIA Shield TV models now.