If you have heard a thing or two about security and privacy protection online, then you’ve probably also heard of Tor. It is the most popular privacy-focused browser, which hides your location by redirecting the traffic to multiple proxy networks and also blocks trackers. To put it in short, it is a go-to web browser for those who never want to be tracked and browse 100% anonymously. Until recently, it was only available on desktop devices. Now, the stable version is available for Android, too.

The first alpha build of Tor was released back in September of 2018. As you’d expect, it had a lot of bugs and stability issues. Tor now claims that they’ve worked hard on the feedback and the 8.5 version of Tor is stable enough to debut on Android. Feature-wise, it still isn’t as complete as the desktop version of the browser, but you can see in the bug tracker that the development team and contributors are actively working on improving the experience on mobile. Apart from the Android release, the announcement post includes a couple of new features. The most noticeable one is the new logos and user interface improvements. The new look now matches Firefox’s Photon UI. There is also a new security slider, which is now easier to access because it separated from the Torbutton. Even though changing the security preferences is now easier, I wish that the Tor development team would take a step further and let us tweak the settings from the pop-up the security slider button opens. That way we didn’t have to be redirected to the settings page every time we want to adjust the so-called slider.

You can download Tor Browser from the Play Store via the listing below. If you encounter any bugs or glitches, make sure to report them in the bug tracker. 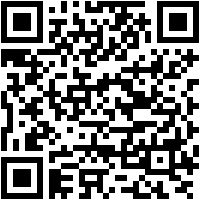