Back when the first Android P Developer Preview was first released, there was a lot of controversy among enthusiasts about the latest version blocking custom overlays (themes) from being installed. Enthusiasts hoped that this was a bug but, it was confirmed by Google to be a security measure. Since the code responsible for blocking custom overlays is part of AOSP, the Android Pie builds that OEMs have released should also eventually have these patches. Oddly, the One UI (Android Pie) beta and stable updates for the Samsung Galaxy S9, Galaxy S9+, and Galaxy Note 9 does not have this restriction in place. For some reason, however, the beta One UI builds for the Snapdragon and Exynos Samsung Galaxy S8 and Galaxy Note 8 have this restriction in place, blocking users from installing custom overlays from apps like Substratum or Swift Installer.

According to the developers of Swift Installer, the Exynos Samsung Galaxy S8 and Galaxy Note 8 were the first to get these restrictions. In the official Telegram group for Swift, one of the developers posted a FAQ list to answer any specific questions users might have about these new changes.

Q: Which One UI devices and firmwares can I use themes on?

A: This varies. At the time of me writing this:

• On Samsung S9, S9+ and Note 9 Stable Pie: you can currently use Substratum themes and Swift Installer without root.
• On Samsung S8, S8+ and Note 8 Beta Pie: Samsung has currently blocked rootless overlay installation in those builds. Apparently this applies on Exynos devices only as of now (newer build date), while Snapdragon devices (older build date) seem to be able to use themes, according to reports.

IMPORTANT: Please note that all this may or may not change in newer Samsung Pie builds, for any of the mentioned devices – be it for better or worse – and that it is under Samsung’s control, not ours! This is quite obvious yet so much necessary to point out.

We aren’t sure why this restriction is only affecting the Galaxy S8 and Galaxy Note 8, especially since the build dates for the Galaxy S8 One UI beta I tested predates the build date for the latest One UI build for the Galaxy Note 9 (January 21 versus January 31). This news really puts a damper on the theming community that Samsung has had. The official Samsung theme store really limits what’s possible with custom themes. Most themes will still work with Substratum given you are rooted, but many users will be unwilling to root their device. 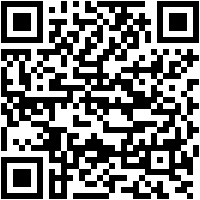