Here’s a quick look at the specifications table to see what these phones bring to the table: As a traditional smartphone, the OnePlus 10 Pro is also more durable than the Galaxy Z Flip 3. Granted only the T-Mobile variants of the OnePlus 10 Pro carry an IP68 rating, but we expect other models to hold up well against the occasional splashes of water and dust particles. The Galaxy Z Flip 3, on the other hand, only comes with an IPX8 rating meaning it’s not going to play well with dust particles. As such we won’t recommend taking the Galaxy Z Flip 3 with you to, say, the beach where it may come in contact with the sand. Both smartphones come with an aluminum frame and Gorilla Glass Victus on the back. The OnePlus 10 Pro uses Gorilla Glass 5 panel to protect the display whereas the Galaxy Z Flip 3 uses folding glass. The Galaxy Z Flip 3 is definitely more durable than its predecessor but we suggest picking up the OnePlus 10 Pro if you’re worried about the durability. When it comes to the physical dimensions of these phones, the Samsung Galaxy Z Flip 3 is thinner and taller than the OnePlus 10 Pro when unfolded. Folding it in half makes it more manageable and easy to carry around, but it significantly increases the thickness to a point where it feels like you’re using two phones that are glued to each other.

The OnePlus 10 Pro sports an in-display fingerprint scanner whereas the Galaxy Z Flip 3 comes with a side-mounted scanner for authentication. They both lack a 3.5mm headphone jack and a microSD card slot, so keep that in mind. As for the display, the OnePlus 10 Pro sports a 6.7-inch QHD+ Fluid AMOLED panel on the front. It’s a 120Hz display with support for a maximum resolution of 1,440 x 3,216 pixels. This particular display has curved edges on the sides along with minimal bezels on the top and the bottom. The Samsung Galaxy Z Flip 3 sports two displays — there’s a cover display on the outside for quickly glancing at some important notifications and settings, while the main/inner display takes charge once you unfold it. The cover display on the Galaxy Z Flip 3 measures 1.9-inches, which is quite small for any practical use. You’ll constantly find yourself unfolding the Galaxy Z Flip 3 to work on the 6.7-inch Dynamic AMOLED 2X display. It’s the same size as the OnePlus 10 Pro’s display but you’ll notice and even feel the crease in the middle that runs horizontally across the panel. The OnePlus 10 Pro can also be purchased with more memory and storage out of the box. You can get it with up to 12GB of RAM and 512GB of internal storage whereas the Galaxy Z Flip 3 tops out at 8GB of RAM and 256GB of storage. The base variant of both phones comes with 8GB RAM and 128GB of storage, though. There’s no provision to add a microSD card on either of these phones to expand the storage, so keep that in mind. We suggest you read our detailed reviews of the OnePlus 10 Pro and the Galaxy Z Flip 3 (linked earlier in this article) to learn more about the performance of each phone. The OnePlus 10 Pro also takes advantage of Hasselblad’s color science to improve the overall look of the images. We’ll leave some camera samples captured using both phones below for you to check out. The selfies are handled by a 32MP, f/2.2 sensor on the OnePlus 10 Pro and a 10MP, f/2.4 sensor on the Galaxy Z Flip 3. Outside of the quality, we’d say the Galaxy Z Flip 3 makes it easier to capture selfies as you can fold its display halfway through and set it on a surface with a timer. Again, you can check the quality of images captured using both phones in the samples below: 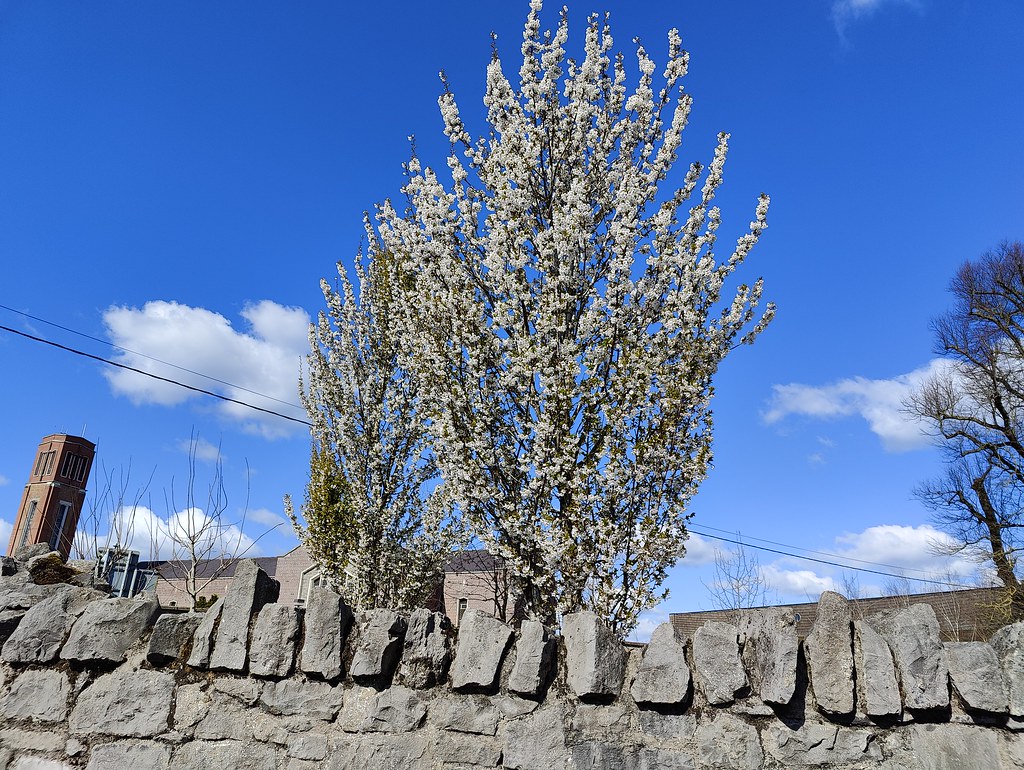 OnePlus 10 Pro vs Galaxy Z Flip 3: Which one should you buy?

The OnePlus 10 Pro is now available to purchase for $800 in the US for the base variant whereas the Galaxy Z Flip 3 will cost you $100 more for the 8GB + 128GB model. Both of these phones only have a few things in common — you get a 6.7-inch main screen on both devices and they both run Android 12 right now, albeit with different overlays on top. Samsung is promising four major Android OS updates for the Galaxy Z Flip 3, compared to three major updates on the OnePlus 10 Pro. But because the company shipped the Galaxy Z Flip 3 with Android 11 out of the box, you can expect both phones to be updated to Android 15. So we’d say they’re both on par with each when it comes to software support, meaning you’ll have to consider other factors to decide which one is better for your day-to-day usage.

Should you spend the additional $100 to get the Galaxy Z Flip 3 or pick up the OnePlus 10 Pro instead? Well, the OnePlus 10 Pro is the clear winner here when it comes to the fit and finish of the phone. It’s a traditional smartphone that packs more powerful internals and costs a $100 less. Your purchase decision, however, will depend on a few things, with the most important one being the form factor of your choice. If you think you’re ready to dip your toes into the world of foldables then the Galaxy Z Flip 3 will offer a fun and enjoyable experience without costing a fortune like a lot of other foldables do. The Galaxy Z Flip 3 may not be the perfect phone on paper, but it offers an entirely different experience and is sure to turn some heads when you use it for your day-to-day activities. If you’re sold on the Flip form factor, we also suggest considering upgrading your choice from the Galaxy Z Flip 3 to the Galaxy Z Flip 4 for an additional $100, which will be lower if you go for a carrier contract. However, as we mention, the jump from the Flip 3 to Flip 4 is not that large, and if you spot the Flip 3 on a clearance sale for cheaper, it makes sense to pick it up over the successor if your goal is to try out the form factor.

The Galaxy Z Flip 3 may not be the latest and the greatest from Samsung, but we think it still holds up pretty well and offers a fun experience to those trying a foldable for the first time.

But if you’re not ready to handle a foldable phone just yet then we suggest picking up the OnePlus 10 Pro over the Galaxy Z Flip 3. It’s the safer device to pick if you don’t want to constantly worry about the durability of your phone. The OnePlus 10 Pro is also a more powerful phone in this comparison that offers better value for your money. You get an excellent display, impressive performance, great battery life, and charging speeds along with a more potent camera system. It's tough to go wrong with the OnePlus 10 Pro as it's the safer device to pick if you're not ready to handle a foldable just yet.

So which smartphone are you planning to buy? Let us know by dropping a line in the comments below. Depending on the device you pick, we’d suggest you check out our collection of the best OnePlus 10 Pro deals to see if you can save some money on your purchase. We’ve also rounded up some good cases in our collection of the best OnePlus 10 Pro cases and the best Galaxy Z Flip 3 cases, so be sure to stop by these pages on your way out.