OnePlus’ Forums helped it establish a strong foundation of customer support during its early years. As a company striving to constantly improve the experience of users for much longer after they purchase their smartphones, OnePlus encourages them to actively participate in discussions and provide feedback for various new features. OnePlus smartphones come pre-installed with the Community app which lets users find information on the latest updates as well as troubleshooting.

Now, OnePlus is making some key changes to the Community app to improve the users’ experience. Firstly, the company is now giving priority to feedback and adding an option in the homepage of the app. Using this feature, all users will be able to report inconsistencies or bugs in OxygenOS as well as pitch their ideas for new products. The integrated “feedback platform” will require the log tool, which is currently limited to the OxygenOS Open betas on OnePlus 6/6T and OnePlus 5/5T, but will soon be available on stable versions too. Apart from these changes, OnePlus has also improved the search on the Community app. The search feature now allows sorting and filtering options and shows trending topics on the top. The app also gets support for multiple languages as well as a new interface and some UI improvements. Except for the logging feature, these new UI improvements will be available on the older devices such as OnePlus 3/3T.

These features are added to the latest beta version of the Community app and if you wish to check them out, make sure to enroll yourself as a beta tester and update the app from the Google Play Store.

OnePlus 3/3T finally get a taste of Android Pie

We’ve been hearing about OnePlus’ intention to upgrade OnePlus 3 and OnePlus 3T to Android 9 Pie since the last year. But it was only recently when the company announced closed beta trials based on Pie for the two smartphones. These closed beta trials are applicable to the Chinese as well as global users. Now, after releasing the list of selected beta testers in China, the company has rolled out the first Android Pie beta of HydrogenOS (OnePlus’ China-specific ROM). This indicates that we may witness a similar announcement for the users in regions other than China very soon. However, this does not imply that the two smartphones will receive Android Pie instantly. Following a round of closed beta testing and based on the feedback from testers, the update will be available via the Open beta channel and later on as a stable update. The entire process could take a few months, so we request you to be patient. 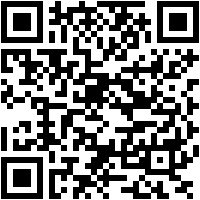