With every iterative smartphone upgrade comes great power and great new features to play with. In the case of the OnePlus 7 Pro, it’s a big one for gaming – a 90Hz, QHD+ display that comes in at 6.7 inches and, even better, doesn’t have a notch. Pretty much any mobile gamer can understand the significance of that, and it’s genuinely a joy to use. In our gaming review, we revealed the rather unsurprising fact that the OnePlus 7 Pro can run basically anything you throw at it, but what about retro console emulation?

We haven’t reached perfect emulation for a lot of different game systems on Android, but all-time favorites such as The Legend of Zelda, Mario Kart, and Pokemon are still perfect for on the go.  We actually tested Mario Kart Wii, The Legend of Zelda: Wind Waker, The Legend of Zelda: Twilight Princess, The Simpsons Hit & Run, New Super Mario Bros, Resident Evil 4, Super Mario Sunshine and, for good measure, Pokemon X from the 3DS using the unofficial Citra for Android port. Only the highest end Android smartphones can handle emulating consoles such as the Nintendo GameCube and Nintendo Wii, so we put the OnePlus 7 Pro to the test with some of the most popular games out there.

The following gameplay performance data was recorded using GameBench, an excellent service that helps you analyze gaming performance on Android and iOS. GameBench has desktop clients and mobile clients. 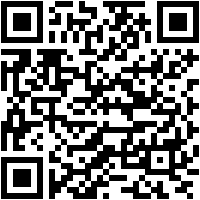 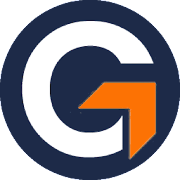 Testing environment on the OnePlus 7 Pro

I used the MMJ build of Dolphin Emulator on the 256GB, 12GB RAM OnePlus 7 Pro. I used the MMJ build as it fixes graphical issues with Mario Kart Wii, though it does not appear to improve performance in any other games from some basic testing. I played each game for about 15-20 minutes at 100% brightness and they were played at 1x internal resolution with 16:9 enabled. I used the phone at 1440p resolution at 90Hz. If you want to download the official version, you can do so below.

Using a Nintendo Switch Joycon with the OnePlus 7 Pro

Playing GameCube and Wii games on the OnePlus 7 Pro can be hard if you’re using the on-screen touch controls. The bigger screen helps and makes it easier than other devices, but it’s still definitely going to cramp your hands after a while. Thankfully I had a Nintendo Switch Joycon controller that I could pair with my phone. I then bound different keys to the Joycon and was able to play with my phone on the desk and controller in-hand, a lot more comfortable and easier to play with. Getting a Joycon to work on Android is a bit finicky if you don’t want massive input lag, though. If you want to give it a try, here are the steps I followed. You’ll need a pair of wireless earphones and a Discord account, though.

For the length of time you want input-lag free gameplay, you’ll need to stay in the Discord voice channel. It’s a strange workaround but trust me, it works.

As for the actual feel of the OnePlus 7 Pro for games where you’re using the on-screen controls, I have no complaints really. It’s about as good as it gets, helped by the large display. There’s no real need for a 1440p 90Hz display when emulating, but the size of the bright, notchless display is nice to have. Because the touch screen controls can be bigger due to the display’s size, it’s more comfortable to use than, say, the Xiaomi Mi 9 which had a much smaller display. A controller isn’t a must, but it can certainly help with games that may need finer controls.

The Legend of Zelda: Twilight Princess

The Legend of Zelda: Twilight Princess was the nicest of all of the games to test here. With great battery life and great performance on top of easy-to-use on-screen controls, this is the best GameCube game to play on the OnePlus 7 Pro out of all of the ones tested here. Running through Ordon Village is a great experience, and the game is easy to control and enjoy. Super Mario Sunshine is always a difficult game for smartphones to emulate, but the OnePlus 7 Pro handles it with ease when it comes to gameplay. Oddly enough, cutscenes actually have issues as they double the FPS from 25 to 50, often dropping frames in the process. The game itself runs perfectly, which is the most important part. You can even use the on-screen touch controls with ease to play, something that the other games tested here make a lot harder to do. I completed the first couple of missions in Delfino Square in this playtest, going up to the point where we reach Pinna Island after Princess Peach is kidnapped. An all-time classic from the Nintendo Wii, Mario Kart Wii, is a game perfectly suited to Android. It’s easy to control even with on-screen controls, and hooking up a Nintendo Switch Joycon (which is what I did) makes it even easier to play. Performance is stellar as well, with the worst performance actually being in the selection menu for the game mode. Once you choose Grand Prix, battle, or time trial, the FPS is fine and it’s perfectly playable. It’s impressive, not to mention a lot of fun to play on mobile, especially with a controller. I played through both the Mushroom Cup and the Shell Cup without any issues whatsoever. My go-to game whenever I’m testing emulation, The Simpsons: Hit & Run is a timeless classic that pretty much anybody who had a PlayStation 2 or a GameCube played at one point or another. It’s not the most intensive game on the GameCube, but it’s certainly up there in terms of computational difficulty. The OnePlus 7 Pro handles it like a champ, with the only slowdowns to note occurring when a new part of the open-world map loads. They aren’t harsh either, typically dropping from 60FPS to 50FPS for a second or two. Other than those times, it really only drops when loading levels and missions, which is to be expected. Again, playing with a controller is recommended and I used my Nintendo Switch’s Joycon to play. You don’t need to bind the C-stick or D-Pad to anything, so the four ABXY buttons, analog stick, and the L R buttons work perfectly. Note that the 30 FPS drops are during cutscenes.

In this playtest, I completed the first three missions, going across Springfield from the elementary school to the power plant without any issues. The Legend of Zelda: Wind Waker

One of the most popular games for the Nintendo GameCube, fans of The Legend of Zelda will rejoice as Wind Waker runs without a hitch. It’s probably the best performing game here, helped by the fact that unlike the other games it’s capped at 30 FPS. There are pretty much no issues to note, and it’s even pretty easy to play with the on-screen touch controls. In this playtest, I went to and completed most of the Forbidden Fortress. It is worth noting, though, that the Forest of Fairies at the start of the game is a little bit laggy. Other than that, I’ve had no issues. New Super Mario Bros Wii was an odd one, as gameplay is actually emulated perfectly. The only issue that I could find here is that cutscenes lag a lot. The actual game itself runs fine, just the game’s opening sequence is a bit frustrating. Once you’re in the game though, it’s not really intensive at all and you can expect to get a lot of play time out of the OnePlus 7 Pro. I completed the first few levels, beating the first mini-boss in World 1. Resident Evil 4 is the sixth addition to the Resident Evil series, and it’s one of the best games in the franchise. Having just recently received a Nintendo Switch port, the game still enjoys a large amount of interest. Thankfully it runs near perfect on the OnePlus 7 Pro, again facing FPS drops only when loading new locations as you move around. I played through the first village with barely any lag until the bell rang out. As expected, Pokemon X isn’t really playable in Citra’s current state. That’s because Citra is an unofficial emulator on Android and I was testing it more out of curiosity. When the game worked it was surprisingly playable, though the graphics were very broken and there was no music playing. It’s a good base to work from though and bodes well for the future of Citra when an Android port is eventually released. It’s also important to mention that the FPS reported by GameBench is double the actual FPS, so the median FPS of 50 is actually a median FPS of 25. Why is the OnePlus 7 Pro the best smartphone for emulation?

The OnePlus 7 Pro has a number of advantages over competition that may also boast the exact same chipset, such as the Xiaomi Mi 9 or the Samsung Galaxy S10 in the US. However, the OnePlus 7 Pro has the advantage of a lightweight software package and a larger screen, a huge plus for making use of on-screen controls when playing games. The display is the most important part of gaming on mobile, and the OnePlus 7 Pro has one of the best displays on the market. Because of that, I’m happy to call this particular smartphone the best around for emulating your favorite GameCube and Wii games.