OnePlus has been putting out flagship killers one after another since the OnePlus One launch in 2014. The company has been improving its products with each iteration but it reached another level of finesse with its latest flagship, the OnePlus 7 Pro. The smartphone not only outperforms older OnePlus devices by a significant margin but is also much more premium, which could somewhat be attributed to the vast 6.67-inch Super AMOLED display with curved edges. The curved edges of the OnePlus 7 Pro’s massive display can be used to notify users with the help of a feature called Horizon Light, similar to the Edge Lighting on the Galaxy S9 and later Samsung flagships.

Since OnePlus 6T and the OnePlus 7 also lack notification LEDs, users have been wishing for the Horizon Light feature to arrive on these devices. The feature was also spotted in the Android 10/Q developer beta builds for the two devices – even though users could not get it to work on either. This still left users with some optimism about the feature being added for these devices at a later stage.

However, while announcing the new customization features in the latest OxygenOS Open Beta build based on Android 10 for the OnePlus 7/7 Pro, the company’s product operations manager, Manu J., confirmed that the Horizon Lighting feature will be limited to OnePlus 7 Pro.

“Horizon light effects can also be tuned to your liking (limited to OnePlus 7 Pro users).”

This is probably because the feature utilizes the curved part of the display to relay notifications. While both the OnePlus 6T and the OnePlus 7 come with AMOLED displays, these displays are flat (or only very slightly curved). You can still use the Ambient Display feature but if you wish to see colored alerts for notifications, you can use apps such as NotifyBuddy, which uses certain pixels on your smartphone’s AMOLED display as a pseudo notifications LED. 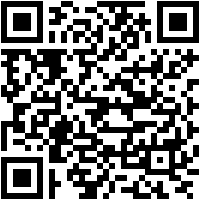