The OnePlus 8T debuts with the Qualcomm Snapdragon 865, OxygenOS 11, and 65W Warp Charge

It’s Techtober, and that means its time for another T release from OnePlus. OnePlus usually releases a new flagship(s) in April every year with the latest Qualcomm Snapdragon SoC, and they typically follow up with a minor refresh in the form of a “T” variant. Things are a little different this year, though. Even though we saw the OnePlus 8 and OnePlus 8 Pro released earlier in the year, we are only getting a OnePlus 8T and not a OnePlus 8T Pro this time around. The OnePlus 8T is a definite shakeup in design for the company. While the OnePlus 7T had a rather iconic circular camera bump, the OnePlus 8T goes for an offset rectangular camera bump that has little uniqueness to it in 2020. We’ve seen this camera bump and placement on so many phones, and we have also seen the thin-bezel, hole-punch-camera flat front on several other phones. Even the Aquamarine Green color is not new, so the OnePlus 8T feels like a mashup of familiar design elements. The Lunar Silver color is somewhat new though. For heat dissipation, the OnePlus 8T makes use of three methods together. There is an L-shaped vapor chamber soaking plate sitting above the battery compartment that is said to be 3.8 times the size of the corresponding plate on the OnePlus 8. Then, there is thermally conductive silicone grease spread over high-heat segments of the motherboard (such as the CPU, modem-RF components, etc.) to help with thermal conductivity. A single layer of graphite 70μm thick also sits atop the heat sink. The end result of all of this should be that the phone stays cool even in demanding situations.

Next up, the battery! This will be the biggest tangible change for most users, as the OnePlus 8T is the company’s first smartphone with 65W wired charging support. The company calls this Warp Charge 65, and it provides super quick wired charging through the included, proprietary charging brick. OnePlus claims that you just need 15 minutes of charging for a day’s worth of power, and just 39 minutes of charging for a complete 0-100% cycle. Those who have experienced 65W charging on other devices can affirm to the fact that it changes the way you use your phone. Much like OnePlus’s Dash Charge and Warp Charge 30, the power management for Warp Charge 65 happens in the brick, so less heat is dissipated in the phone or near the battery. Another big change is the fact that you can also charge the OnePlus 8T with non-OnePlus USB Power Delivery chargers up to 27W (up from 15W), so you are covered even if you do forget the provided charger once in a while. If others forget their chargers or you have another device you want to charge, the Warp Charge 65 charging brick can provide up to 45W speeds via USB Power Delivery, which is good news. The charging brick also makes the switch to Type-C, and you get a Type-C to Type-C cable in the box now. The OnePlus 8T also gets a bump up to a battery with a total capacity of 4500 mAh, split across two cells connected in parallel. The larger capacity is made possible by optimizing the routing of the flex cables, thus freeing up space inside the phone. Overall, this is the biggest change in the T refresh.

OnePlus also claims that since the heat dissipation is happening in the brick and away from the battery, the battery longevity of the OnePlus 8T should not be detrimentally affected by Warp Charge 65. In its internal testing, the battery retained more than 80% of its original capacity even after 800 full charge-discharge cycles. Battery lifespan is affected by full charge cycles in these cases, with partial charges counting as a fraction of the cycle. So the equation here is affected by how much you use your phone rather than just how frequently, how much, or how quickly you charge it. Warp Charge 65, to that end, is said to have no effect. If you’re still concerned about battery longevity, you can take advantage of the Optimized Charging feature to limit how long the battery stays at 100%, though OnePlus has no plans at this time to add a slow charging or battery limit feature.

In terms of camera features, OnePlus has improved low-light photography with an improved algorithm to detect the lighting condition and stack multiple photos for a brighter picture, added portrait bokeh, and added a video portrait mode.

The OnePlus 8T launches with Android 11-based OxygenOS 11 out of the box. That means you get most of the new features that the OxygenOS 11 update brings along, such as an Always On Display, Zen Mode 2.0, Dark Mode 2.0, and of course, all that Android 11 has to offer. The latest OxygenOS release also features a major visual redesign to be more one-handed friendly; OnePlus confirmed to us in a briefing that it dropped plans to develop a dedicated one-handed mode toggle after feedback pushed the company to redesign OxygenOS in the manner that we see now.

Internally, OnePlus has also made improvements to what they call their “Smooth Chain” technology, which the company says is their custom technology for optimizing all aspects of the software that can impact the screen smoothness. There are more features coming with an update in mid-November. You can expect to get features like Voice Note (convert English and Mandarin Chinese speech to text), Bitmoji Always On Display, and Straighten Doc feature (within OnePlus Camera and OnePlus Gallery).

Since this phone is launching with Android 11, expect to receive updates to Android 12 and Android 13. The OnePlus 8T should also receive bi-monthly security updates until 3 years after release.

The OnePlus 8T supports T-Mobile’s sub-6GHz 5G network but does not support 5G on AT&T or Verizon. It does, however, support AT&T’s and Verizon’s 4G LTE networks. There are no plans for an mmWave model, though.

The pricing for the device is as follows. Note that some regions are getting the top variant only. 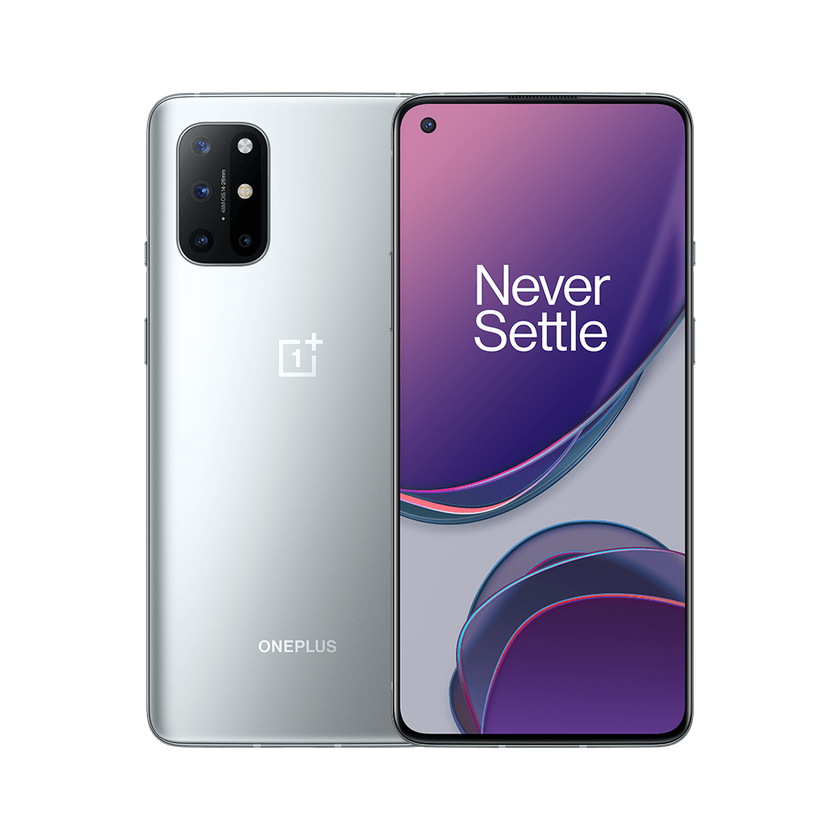