OnePlus entered the true wireless earbuds market last year with the release of the OnePlus Buds. At under $100/₹5,000, they were a compelling pair of wireless earbuds for anyone looking for an AirPods-like design and form factor with full Android support. The more affordable OnePlus Buds Z arrived later the same year with fast charging support and improved durability, but OnePlus still didn’t have a true competitor to the AirPods Pro and other high-end TWS earbuds — until this year’s OnePlus Buds Pro.

The OnePlus Buds Pro has most of the features you would expect in a pair of premium wireless earbuds, but at a price $100 below the AirPods Pro (when not on sale), $120 cheaper than the Sony WF-1000XM4, and $20 lower than the Samsung Galaxy Buds Pro. The bang for your buck value is compelling, but it’s also competing with an ever-growing number of sub-$100 wireless earbuds with active noise cancellation. After spending some time with the OnePlus Buds Pro, I don’t have much to complain about. There are a few flaws, and the sound profile won’t be to everyone’s liking, but I’m impressed.

The OnePlus Buds Pro come in ‘Matte Black’ or ‘Glossy White,’ and as you can see in the photos, I received the black color for review. The case on the black version is made of soft-touch matte plastic, which repels fingerprints and smudges better than the glossy case from my Galaxy Buds Live. The hinge feels a bit cheap, though. No matter which color you get, the case is definitely compact. It measures 60.1 × 49.1 × 24.9mm, making it longer than many other true wireless earbuds cases, but also thinner than most of the competition. The case will easily slip into most pockets, and OnePlus still managed to include Qi wireless charging, a 520mAh battery that provides 18-24 hours of playtime (depending on ANC), and a USB Type-C port. OnePlus calls 7.5W wired charging “Warp Charge” because it can provide around 10 hours of playtime after 10 minutes of charging. There is a small lip/indentation to denote where you should open the OnePlus Buds Pro case from, but the indentation is quite shallow and also visually similar to the hinge on the other side — so if you’re not paying attention, you might be trying to open the case from the wrong side with no success. Opening up the case reveals both earbuds, with a pairing button between them. This is one of my few complaints with the OnePlus Buds Pro — you can’t switch them into pairing mode without putting them back into the case and holding the button. Many other earbuds (like the Galaxy Buds Live) have a gesture for entering pairing mode without a case. Thankfully, once the buds are paired to all your favorite devices, the OnePlus Buds Pro are smart enough to switch to whatever is attempting to connect to them. The earbuds themselves have a short stem at the bottom, containing the microphones and other components, and rubber tips around the speaker. OnePlus includes three sizes of rubber tips in the box. While most earbuds have touch-sensitive surfaces for controls, the OnePlus Buds Pro require you to squeeze the stem — this cuts down on accidental taps, but requires more effort and conscious actions to press. Depending on how you roll, this may be a pro or a con. Squeezing/pinching the stem is a very deliberate and slow action, and if you’re coming from earbuds like the Galaxy Buds series, you’ll have some learning curve against their touch-sensitive controls. Squeezing the buds stem gives out a digital “tick” sound in your ear. By default, a single press (squeeze) pauses/plays music, two presses skips to the next track, and three presses goes to the previous track. Holding down for one second switches between ANC and Transparency Mode, and holding down for three seconds activates the OnePlus Buds Pro’s “Zen Mode Air” — a feature that plays nature sounds with ANC turned on. That feature also works without any connected devices. An oversight on controls is the fact that there’s no way to actually control volume on the OnePlus Buds Pro at all — there is no default gesture, and you can’t swap the ANC gestures for volume control either. So you need to pull your phone out if you want to increase or decrease the volume.

The OnePlus Buds Pro comes with IPX4 water resistance for the case (splashes of water), while the earbuds are IP55 certified for dust and water resistance (low-pressure but sustained water jet). What this means is that you don’t have to worry about sweat or rain coming in the way of your music.

Sound quality is what matters most with any pair of headphones, and I didn’t find much to complain about after listening to music, videos, and podcasts. The in-ear design of the OnePlus Buds Pro blocks out plenty of sound on its own, without even turning on the active noise cancellation. That’s great for ignoring your surroundings, but maybe not when you’re walking outside. Similar to other earbuds, the OnePlus Buds Pro has a Transparency Mode that pipes in sound from around you using the built-in microphones, but it can be jarring.

There’s definitely a bit more bass with the OnePlus Buds Pro compared to most other headphones I’ve used, which sometimes blocks out some of the vocals and instruments. Most people like a bit more bass (otherwise Beats and Skullcandy wouldn’t still be in business), but a customizable equalizer would be great to have. The OnePlus Buds Pro does have Bluetooth 5.2 and LHDC support.

The OnePlus Buds Pro also supports active noise cancellation. There are a few settings here — you can either choose to turn it on, turn it on to max ANC, turn it off, or choose “smart adaptive noise cancellation” which automatically changes the level of noise cancellation based on how noisy your surroundings are. I couldn’t tell much of a difference between this and ANC on other true wireless earbuds — it works fine, but if ANC is the most important feature to you, just get the Sony WF-1000XM4.

On the topic of software, this is where the OnePlus Buds Pro become a bit complicated. If you use a OnePlus phone, pairing and settings are handled directly by OxygenOS, except software updates (you’ll need the “OnePlus Buds” app from the Play Store). If you’re using a different Android or iOS device, you have to install HeyMelody, which is the same app used for some OPPO headphones.

You don’t lose any functionality if you’re not on a OnePlus phone, though. It’s just that the buds are more tightly integrated into the phone experience if you have a OnePlus phone — battery levels for each bud are displayed in the Bluetooth settings, for example.

No matter which method you’re using, you can check the battery status of the buds (and the case, if at least one earbud is in the case), install firmware updates, customize the controls, perform an earbud fit test, and switch between noise canceling modes. I didn’t have any issue with either the HeyMelody app or the OxygenOS integration, but the lack of any OPPO or OnePlus branding on the HeyMelody app (the developer is listed as ‘HeyTap’) might confuse a few people. There’s also no support for Google Fast Pair. 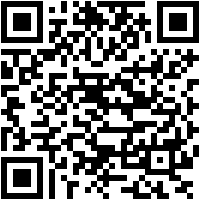 The OnePlus Buds Pro also have a feature called “OnePlus Audio ID”. There’s a listening test that you go through wherein beeps of different frequencies and volumes are played and you are asked to respond whether you can hear it or not. After a bunch of these, your listening results are presented in a radar chart to show which frequencies you are more receptive towards. OnePlus then further suggests compensative changes in the form of a unique sound profile. There’s a music sample also provided to showcase the changes. My colleague Aamir Siddiqui appreciated the changes that were suggested on his sound profile.

Battery life on the OnePlus Buds Pro is decent, though slightly below what OnePlus promises. The buds have a rated battery life of “up to five hours” with ANC activated, and “up to seven hours” without ANC. My experience was a bit below that — with ANC on, I reached four hours and 15 minutes before one of the earbuds died.

Microphone performance on the OnePlus Buds Pro is pretty good. For voice calls and meetings, most people did not notice a change in gear or any oddities, which is a good sign. There were no complaints about the voice quality, and I am content with how they perform.

This is my first experience with OnePlus-made earbuds, and I have to say, I’m impressed. The case doesn’t take up much space in my pocket, the earbuds are well-designed, and my only complaint with the audio quality is there’s a bit too much bass. It has decent ANC performance, can survive in the rain, and the mic quality gets work done.

One of the main selling points of these earbuds is the software integration, but I think there’s still some work to be done there. OnePlus phone owners will get Apple-like integration, except for firmware updates, which requires a separate app to install firmware updates. Anyone using an iPhone or non-OnePlus Android device has to download a completely different app (which only references OPPO and OnePlus in passing) for any functionality beyond pairing. The OnePlus Buds Pro also lacks features found on some other earbuds, like a customizable equalizer and the ability to assign volume control functions to gestures. These earbuds pack a punch for $150, with ANC and a great design, but the software experience needs some work.

That being said, the OnePlus Buds Pro is an impressive package for $150/₹9,990, and it more closely follows the old OnePlus mantra of “Never Settle” than many of the company’s phones.