OnePlus re-entered the mid-range smartphone segment with the launch of the OnePlus Nord last year. Although the phone didn’t receive much critical acclaim, it sold like hotcakes in several markets as it offered users OnePlus’ signature fast and smooth experience at a relatively affordable price. Following the success of the original Nord, OnePlus launched several other devices under the Nord banner, but none of them managed to achieve the same level of popularity. However, the upcoming OnePlus Nord 2 seems to have the potential to reach new heights.

In the last few weeks, we’ve seen several leaks about the OnePlus Nord 2. These leaks have revealed pretty much everything about the phone, right from its design to its specifications. As always, OnePlus has also started dropping key details about the device ahead of the launch. Last week, OnePlus confirmed that the OnePlus Nord 2 would be the first phone from the company to feature a MediaTek chip — the flagship Dimensity 1200. And today, in an interaction with us here at XDA, OnePlus’ Head of Product Oliver Zhang has shared some more key info about the upcoming smartphone.

Why the shift from Qualcomm to MediaTek on the OnePlus Nord 2?

OnePlus has had a long and fruitful relationship with Qualcomm’s Snapdragon line of mobile chipsets, going all the way back to the OnePlus One. Even when OnePlus expanded its portfolio to include devices across different price segments last year, it stuck with a Snapdragon chip. So, we asked OnePlus why it chose to switch to a MediaTek SoC on the OnePlus Nord 2.

In response, Mr. Zhang said, “OnePlus collaborates with different partners that can help us deliver a great experience for users, and selects components for each device based on the end experience we want to deliver. For the Nord 2, we collaborated closely with MediaTek on enhancing the Dimensity 1200 and its AI-based features, bringing to the Nord 2 improvements across photography, display, gaming, and more.” We further inquired why OnePlus didn’t choose to do the same with the recently launched OnePlus Nord CE to offer users a better value proposition with the device. Many OEMs in the price range have chosen MediaTek with good results, and people at large have also been warming up to the idea of a MediaTek chipset thanks to the success of the G90T and the Dimensity series. A different MediaTek SoC for the Nord CE might have made sense too.

To this, Mr. Zhang said, “We choose key components like the chipset based on the performance and experience it allows us to deliver at the price point we’re targeting. The MediaTek Dimensity 1200 is a flagship-level processor and combined with the collaborative work we have done, we feel it allows us to bring an even faster and smoother experience on the Nord 2.”

Which AI enhancements can we expect to see on the OnePlus Nord 2?

Mr. Zhang said that the “AI” branding on the Nord 2 chipset isn’t a marketing tool. He further added that OnePlus has “worked closely with MediaTek to collaborate on the SoC and enhance its AI-based features, and the addition of the “AI” in the name is an accurate reflection of our work. The collaborative AI work completed on top of MediaTek’s Dimensity Open Resource Architecture brings a host of new AI-based features to the Nord 2 to enhance the user experience across various touchpoints.”

The AI Color Boost feature will “utilize the context-aware capabilities of AI to detect what the users are watching on the screen from popular apps” and automatically convert standard dynamic range content to high dynamic range. The AI Resolution Boost feature, on the other hand, will automatically enhance low-resolution video to HD resolution on popular social media apps. “The Resolution Boost triggers when the incoming video is 540p or lower, that way we ensure a minimum standard for video quality,” Mr. Zhang added.

Do these AI enhancements offer any performance benefits?

We also asked OnePlus if the Dimensity 1200’s AI enhancements would offer any tangible performance benefits to users or help the Nord 2 perform better in AI benchmarks. In response, Mr. Zhang shared the OnePlus Nord 2’s AI Benchmark score with us. The OnePlus Nord 2 scores 172.7 in Andrey Ignatov’s AI Benchmark.

Looking at rankings, this is significantly higher than the score posted by other phones with the regular Dimensity 1200 chipset (Realme GT Neo: 155.8) and the Snapdragon 870 (OPPO Find X3: 94.5). It’s also higher than the score posted by devices with Samsung’s flagship Exynos 2100 chip (Samsung Galaxy S21 Ultra: 170.4, Samsung Galaxy S21+: 169.7). Interestingly, the OnePlus Nord 2 secures a spot in the top 10 phones on the list, ahead of several flagship phones featuring Qualcomm’s flagship Snapdragon 888 chip. 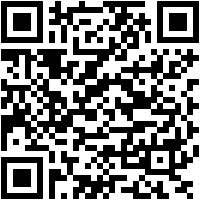 These AI enhancements hopefully translate into real-world performance benefits, along with the improved photography, display, and gaming experience. Benchmark scores don’t always reflect the real-world performance of a device accurately, so we’ll have to wait and see how the OnePlus Nord 2 performs when we get our hands on it.

Since we were on the topic of benchmark scores, we also asked OnePlus how the recent performance throttling fiasco and the subsequent delisting of OnePlus’ flagships from Geekbench would affect consumer confidence in the benchmark scores mentioned above.

In response, Mr. Zhang said, “Users can always have confidence in OnePlus because we have always prioritized performance and a great user experience by using top-quality components. We care about strong performance as much as users do, but have been criticized recently for working with certain apps to match their CPU performance with the amount of power needed for a good user experience. However, we feel it is our responsibility to do this to avoid unnecessary power usage since it will provide a better overall experience.”

Mr. Zhang also gave the following example to explain why the OnePlus 9 series throttles the performance in several popular apps: “When your phone needs to be really fast, like when you’re opening apps, then it will use the full potential of the Snapdragon 888. But when it doesn’t need as much power, like when you’re just scrolling through your Twitter feed, then we make it power efficient. We make sure the user experience is not impacted.” This is in line with what we observed in our review of the OnePlus 9 Pro too.

Does the OnePlus Nord 2 really offer everything you want from a smartphone?

OnePlus’ marketing material for the Nord 2 claims that it offers “everything you could ask for.” So we asked the company if it really does offer everything you’d want from a smartphone and if it deserves the “flagship killer” title that is being thrown around on social media of late.

“This all goes back to [the] target audience. Flagship products cater to users who want the latest and newest innovations — that’s why great flagships integrate so many features that go above and beyond. But the Nord 2 belongs to the OnePlus Nord line, a portfolio of products that aim to make the OnePlus experience more accessible to users who don’t necessarily need the latest and newest, but rather just a great everyday phone. And based on that definition, we feel that we have chosen a fantastic combination of powerful hardware, great cameras, and spectacular design and quality to deliver a phone that really does empower users to do what they want day to day, while also throwing in a few flagship-level features at this price point.” Although Mr. Zhang didn’t share many details about the OnePlus Nord 2’s hardware, he did confirm that the phone would feature the same 6.43-inch fluid AMOLED display with a 90Hz refresh rate as the original Nord. But, thanks to the AI enhancements mentioned above, the Nord 2 would offer a significantly better display experience than its predecessor.

What changes can we expect to see in OxygenOS 11.3, considering that it’s the first release based on the integrated OxygenOS-ColorOS codebase?

OnePlus recently shared an updated Software Maintenance Schedule for its devices and announced that it was working with OPPO to merge the OxygenOS codebase with OPPO’s ColorOS. The idea behind this move was to help the company better utilize the shared resources and streamline updates for the devices. Although in its announcement, OnePlus claimed that the switch to the integrated codebase on current phones would happen with the Android 12 update, the company has now confirmed that the OnePlus Nord 2 would be the first phone to feature an OxygenOS release (v11.3) based on the integrated codebase. Curious about the effects of the merger, we asked OnePlus what changes we could expect to see in OxygenOS 11.3 on the Nord 2 and how it would benefit end-users. “The main idea behind the codebase integration is to streamline our R&D resources, which will help us to deliver more timely and more stable software updates for our devices, while being able to maintain our devices for longer. From a user perspective, not much will change on a daily basis when using OxygenOS. Nord 2 users will experience the same fast and smooth experience our users have come to expect from OnePlus.”

Will the OnePlus Nord 2 still retain its bootloader unlockability?

While the codebase merger won’t affect the OxygenOS experience for end-users, several OnePlus fans have expressed their concern about the possibility of OnePlus preventing users from unlocking the bootloader following the merger. We took this opportunity to clarify whether OnePlus would also follow in OPPO’s footsteps to prevent users from unlocking their phone’s bootloader. And you’d be glad to know that OnePlus will let users unlock the bootloader on the OnePlus Nord 2, even though the phone runs OxygenOS based on the integrated codebase.

Based on this interaction, we feel that the OnePlus Nord 2 has the potential to replicate the success of the original Nord and become a great selling mid-range phone this year. But since we’re yet to get our hands on the device, it’s too early for us to pass a verdict. OnePlus will lift the covers off the OnePlus Nord 2 on July 22nd, and we can’t wait to test it out to see if it actually lives up to all the hype or not. Make sure you’re tuned in to our future coverage so that you don’t miss our full review.