Shortly after OnePlus released its Android 11 developer preview for the OnePlus 8 series last month, the company rolled out the redesigned OnePlus Weather app from OxygenOS 11 for all OnePlus users. The app was released on the Play Store beta channel, which gave OnePlus users a chance to experience the new design ahead of the OxygenOS 11 stable rollout. In a similar fashion, OnePlus has now released the new OnePlus Notes app from OxygenOS 11 on the Google Play Store.

The new OnePlus Notes app follows the same Samsung One UI-like design language that OnePlus has adopted with OxygenOS 11. As you can see in the attached screenshots, the app has been optimized for large-screen devices with a focus on one-handed use. The app’s search and menu buttons have been moved closer to the center of the display for easier access, leaving a large empty space at the top. The app includes two layout options for your notes, which arrange them either as a list beneath the search button or in the form of cards. The bright yellow new note button can be found in the bottom right corner and tapping on it instantly opens up a new note. The notes editor has also received some changes, with the insert checklist, bullet points, image, and camera buttons now placed right above the keyboard. Along with these design changes, the new OnePlus Notes app comes with optimizations for Android 11 for increased efficiency. In case you wish to try out the new OnePlus Notes app on your device, you can download the Early Access version from the Google Play Store by following the link below. It’s worth noting that OnePlus has started rolling out the first OxygenOS 11 beta for the OnePlus 8 series, which includes the new OnePlus Notes app and all the new features mentioned above. If you’d like to give that a shot, you can download the beta update for your device from our OnePlus Android 11 tracker. 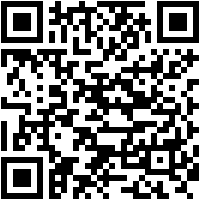