OnePlus Shelf is the customizable home screen panel available on many OnePlus phones (when you’re not using the Google Feed), with various widgets and shortcuts to give you quick access to important functions. Now another feature is coming to the Shelf: Spotify integration.

OnePlus product manager Kireeti Varma revealed in a forum post, “we are excited to announce that Shelf has a new card in-built for Spotify – everyone’s favourite music and podcast app. This card connects to the Spotify app and helps you to soundtrack your life, with your top Spotify recommendations only a tap away. While playing any track, you can also ‘heart’ it, to adding it effortlessly to your Spotify Liked Songs playlists.”

Spotify’s card in OnePlus Shelf isn’t too different than the current Android widget already accessible on any Android device (including in the OnePlus Shelf), with the current album art, song title, and artist. However, instead of the music playback options in the regular widget, the OnePlus Shelf card has a lower row of recently-played music and a like/heart button. If you want to change tracks, you’ll have to do it from the quick settings/notifications panel.

The new integration will roll out to all OnePlus devices running OxygenOS 12 “soon,” which currently just includes the OnePlus 9 and OnePlus 9 Pro (the OnePlus 10 Pro will join the club when it is released later this month). The company says anyone who has signed up for OnePlus Shelf beta testing on the Google Play Store can try it sooner, but as of the time of writing, OnePlus isn’t accepting new testers.

OnePlus has rolled out other software updates over the past few days, including OxygenOS upgrades with the latest security patches for the OnePlus 9RT, OnePlus 9, and OnePlus 9 Pro. The company is still taking a while to bring Android 12 to all its phones, though. 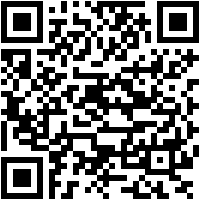