OnePlus has evolved from a producer of flagship killers to a premium smartphone brand. For several months, it is has been the most popular premium smartphone brand in India, which is currently the only market in the world with a rising growth curve. Last week, along with the OnePlus 7T (review), OnePlus also launched its first Android-powered TV QLED 4K TV which went on sale during the weekend. We found the OnePlus TV 55 Q1 Pro to be a choice worthy of your consideration if you’re planning to buy a practically awesome 4K Android TV during our review. The OnePlus TV has now received its first update and this brings some performance improvements and bug fixes before the first batch starts arriving for the early buyers.

At 813MB, the OnePlus TV 55 Q1 and the Q1 Pro’s update (version TV55Q1IN_2.A.01_GLO_14_1909210202) fixes most of the issues we spotted during our review. Firstly, the update fixes the problem of HDR content being overexposed and washed out on OTT apps, especially Amazon Prime Video. The update also fixes connectivity issues we had with OnePlus Connect ahead of the launch. Additionally, music casting via DLNA has been optimized as well. The OnePlus TV comes with an impressive sound set up, including an 8-driver setup on the Pro variant. The OnePlus TVs also support a  Bluetooth Stereo mode using which the speakers on these TVs can be used as Bluetooth speakers and the update enhances the feature. Firstly, the Bluetooth Stereo mode will open up directly every time you connect the OnePlus TV via Bluetooth. Besides this, the three horizontal stripes of light will now light up and pulsate with the rhythm or beat of sound. Previously, these light strips would only work when turning the TV on or off, and we can expect the feature t to be extended to video content playback on the TV itself. The compliant OnePlus Connect app is also getting a functional change besides overall improvement in connectivity. Now, the taps in the Remote function invoke haptic feedback. This includes clicking sound effects when the smartphone is in ringer mode or vibrations when the phone is set to vibration only. 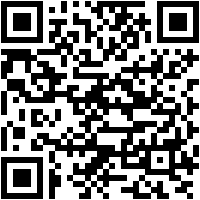