Browsing through installed apps on Android TV isn’t as user friendly as it is on Android. This is because both Android TV and custom Android TV skins, like Xiaomi’s PatchWall and OnePlus’ OxygenPlay, focus heavily on content discovery and content aggregation from various services. As a result, content recommendations dominate a large part of the Android TV home screen, with apps restricted to a single row on the interface. On top of that, the Apps section doesn’t list all the installed apps, lacks app labels, and arranges apps in a random order, which leads to a poor browsing experience. This is where the App launcher for TV app from the developer of EasyJoin comes in. I tried App launcher for TV on my TCL Android TV, and it brought up a bunch of additional apps that didn’t show up in the Apps section on the default launcher. Another great thing about the app is that it lets you easily open installed APKs on your TV, including those that aren’t native to Android TV. But its best feature is that it does all of this without replacing your TV’s default launcher, so you can easily go back to your content recommendations whenever you feel like it. 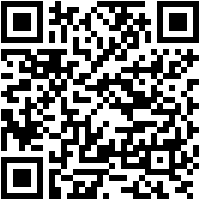