OPPO has been making headphones and amplifiers for years, and the OPPO Enco X true wireless earbuds are the latest addition to the company’s impressive audio portfolio. The OPPO Enco X launched in China back in October followed by a European-wide release shortly after. Retailing for €179 in most European countries and £169 in the UK, the Enco X are a high-end pair of true wireless earbuds. I’ve been using them over the Christmas period with both my Google Pixel 5 and my OPPO Find X2 Pro, and they’re a massive step-up over the last OPPO earphones that I used — the Enco Q1 wireless — which launched at the end of 2019. Note: We received the OPPO Enco X from OPPO Ireland for review. They did not have any input into the contents of this review.

For starters, the OPPO Enco X packs the most powerful noise cancelling I have experienced from a pair of true wireless earbuds. When ANC is cranked up to maximum, they cancel out even more noise than the Huawei FreeBuds Pro — and those earbuds were already seriously impressive at ANC. I was able to take a train journey recently, where I brought both the Huawei FreeBuds Pro and the OPPO Enco X to compare the two, and the difference was dramatic. The OPPO Enco X successfully silenced most of the train noises instantly; the Huawei FreeBuds Pro did quite well, but nowhere near to the same extent. On the OPPO Enco X, you can turn off ANC, turn on a basic ANC, and enable maximum ANC. I have kept these earbuds on with maximum ANC at nearly all times, with the exception of my usage of the transparency mode at times too. Transparency mode uses the microphones on the earbuds to listen to sounds around you and feed them directly into your ears so that you can hear external noise.

The OPPO Enco X is made in partnership with Dynaudio, and their logo is emblazoned on the case’s hinge. They support wireless charging on any standard Qi charging pad, charging in about 2 and a half hours from empty. They charge in a bit under 2 hours from empty to 100% using a USB-C charger, though I generally opt to passively place the case on my wireless charging pad whenever I’m not listening to music. They also support the Low-latency, High Definition Codec (LHDC), though I was only able to get it working with my OPPO Find X2 Pro. Not all smartphones support LHDC. My Google Pixel 5 defaults to AAC, with no option to enable the LHDC codec. It’s not a big deal, but something to keep in mind as a consumer.

The OPPO Enco X are very small and light, making them comfortable to wear for long periods of time. I’ve not had any issues with them in my ears for hours on end, and I’ve even been able to lie down directly on them without hurting my ears — something that I can’t really do with other true wireless earbuds. They have a unique design for sure, but unique doesn’t always mean good. While I find them comfortable to wear and they’re light in the ears, the touch controls can be pretty finicky. I don’t really care about touch controls, but I know a lot of people do. There are two other ear tip sizes, and the default ones are medium-sized.

Audio quality is the most important aspect of any set of earbuds or any other audio-related product for that matter. On the OPPO Enco X, frequencies are balanced with a bass that remains strong and clear without being overbearing. These earbuds will not beat your fancy €100 or €200 headphones, but earbuds generally never will, let alone true wireless earbuds. They’re a laptop or smartphone accessory that exists for convenience, and for that, the OPPO Enco X is exceptional. You can keep them paired to two devices and switch between them with a long press on either earphone’s stem. This has to be enabled in settings.

As for active noise cancelling, I was greatly impressed. I was able to take a train journey recently, and I directly compared both the Huawei FreeBuds Pro and the OPPO Enco X’s noise cancelling. The difference was night and day, with the Enco X blowing the FreeBuds Pro out of the water when it came to blocking out the low hum of the train’s engine. I didn’t notice much difference between the two when blocking out other noises, but I was amazed at the difference when it came to silencing the train.

However, the active noise cancelling is not perfect on the OPPO Enco X. It has happened a few times now that, when I brush against one of the earbuds by accident, a high pitched squeal will play in my ear for about a second. It hasn’t happened frequently enough to turn me off of them entirely, but it has happened more than once.  If you’re not familiar with ANC, it’s basically a tech that analyzes sounds around you and then creates a “counter” sound that cancels out the sound waves that it’s detecting with the microphones. I’m pretty sure it’s this counter sound that’s being played, as it attempts to cancel out the noise of me rubbing one of the microphones on an earphone.

If you want to check out the Spotify playlist I’ve been listening to while testing out the OPPO Enco X, you can do so here. I’ve been incredibly impressed by the OPPO Enco X from start to finish, and I wouldn’t worry too much about whether or not your device supports LHDC. I’ve been happy streaming with AAC on my Google Pixel 5 as well as with LHDC on my OPPO Find X2 Pro, with no major discernible difference between the two.

The battery life on the OPPO Enco X is as advertised, so I have no real complaints. You’ll get about 3.5-4 hours of battery life on a single charge with active noise cancelling on, which is extended to around 20 hours of total battery life with usage of the carrying case. With ANC off, I’ve been seeing about 4 and a half hours which is a bit on the short side. Battery life isn’t too impressive, though I rarely find myself wearing my earbuds for that length of time. Generally speaking, I’ll use my headphones if I’m sitting somewhere for a longer period of time. Battery life is definitely the weakest point of the OPPO Enco X, but it’s not bad enough that they’re completely unusable.

Gesture controls on the OPPO Enco X are finicky, and you’ll need to configure them either on an OPPO phone or using the Hey Melody app. The controls themselves don’t even really make sense. I find myself using one earbud often, which means that I would like to have the same controls on each earbud. There are the following gesture options:

Sounds like plenty of options, right? Annoyingly, though, they’re limited in what they can do. For a triple tap, you can only enable the Google Assistant. For a regular hold, you can only switch ANC mode. For a long hold, you can only use it to switch to the previously paired device. Why can’t we choose what we want the gestures to do? I’d love to use a triple tap for skipping to the next song, but I just don’t have the option. This feels like an oversight by OPPO if I’m honest.

Conclusion: The OPPO Enco X are fantastic, though not perfect

I love the OPPO Enco X, and I’ve used a lot of true wireless earbuds.  They’re comfortable, they sound great, and for €179/£169, they’re a great alternative to the Huawei FreeBuds Pro or Apple AirPods Pro. They’re convenient to use and the ANC is fantastic, but their gestures need quite a bit of work. If you have €179 to spend on a pair of TWS earbuds, you can’t go wrong by picking these up. 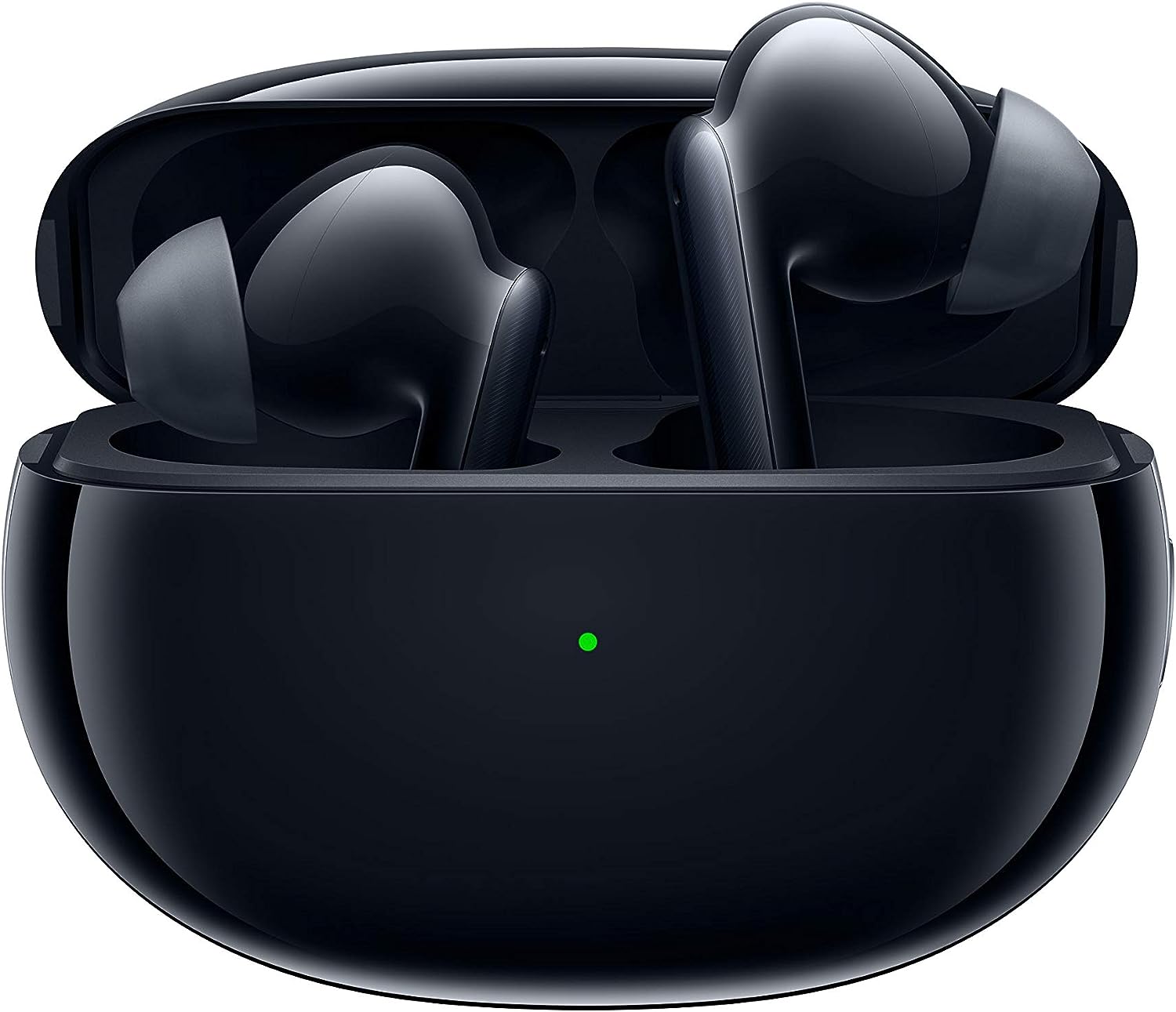