Along with the upgrade to Android 10 and the new releases that follow, the Paranoid Android team has a few other announcements to make. First, the team has assimilated team members from the popular CypherOS team, allowing for better collaboration across the board. The team is also continuing its collaboration with Hampus Olsson and will be including his Abstruct Wallpaper app in their builds. Future PA builds will also include Retro Music Player as the default music player. And since Google has dropped the dessert naming convention with Android 10, Paranoid Android is adopting its own naming convention based on minerals, starting with Quartz.

Paranoid Android Quartz with Android 10 is planned for the following devices:

Paranoid Android builds are currently live for the OnePlus 7 Pro and the Xiaomi Mi 9T/Redmi K20, and you can get download links for the same from their forum threads: 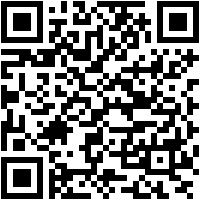 Apple redesigns its online store with an actual dedicated store