Personal Safety is a preinstalled app on Pixel phones that adds features like car crash detection, location sharing during an emergency, and nearby crisis alerts. The latest update to the app adds a new feature called “emergency SOS” that lets Pixel users tap the power button 5 times to quickly call emergency services, share info with emergency contacts, and automatically record a video.

Version 2021.08.27 of the Personal Safety app, rolling out today on Google Play, added the new “emergency SOS” feature, as spotted by the folks over at the GooglePixels Telegram group. The feature, found in the app’s settings page, lets users choose what happens when they tap the power button 5 times in quick succession. Users can configure the emergency SOS to call the emergency services hotline in their area; share real-time status updates on their location, remaining battery life, and phone calls; and start a video recording that will be automatically backed up to the cloud. During setup, the user can also choose whether or not an alarm sound is played during the countdown before the emergency SOS is triggered, in case they want the SOS to be sent discreetly.

Setting up the emergency SOS feature in the Personal Safety app

The app says that video recordings can be up to 45 minutes in length, and that the average video size is about 10MB per minute of recording due to compression. A short 44-second video I recorded as a test ended up being 13.5MB in size, with a resolution of 720p and bitrate of 2.5Mbps. Videos are automatically backed up to the user’s Google Account, so their phone obviously needs an active Internet connection to upload the video. Once uploaded, the Personal Safety app can either automatically share the video recording with their emergency contacts or do nothing, depending on what the user chose during setup.

When sending an emergency SOS, the user has about 5 seconds to cancel or let the SOS be sent. Once the SOS begins, the user will see a UI with several buttons and a camera viewfinder. If they chose not to let Personal Safety automatically share info with their emergency contacts or call emergency services, then the buttons will let them begin sharing emergency info with their contacts and call emergency services immediately. The other buttons let them stop the recording and change which camera to record from. The user can still operate their phone normally while an emergency SOS is ongoing; the video recording viewfinder is minimized to a picture-and-picture window when the user returns to the home screen, and a persistent notification is shown in the notifications panel to remind the user that a video is still being recorded.

Video recordings can only be stopped once the 45-minute limit is reached or the user taps “stop” while the phone is unlocked. Once the video is done recording, the user has about 15 seconds to decide whether or not they want the recording to be shared with their emergency contacts automatically.

Videos are stored on the cloud for 7 days, after which they’re automatically deleted. Before it’s deleted, the user can share a link to the file, which is hosted on Google’s servers and accessible via the personalsafety.google.com domain. The user can, at any time, stop sharing the video or delete the video recording entirely.

Downloading an emergency video from the web.

Google tells users that it’s their responsibility to decide when it’s appropriate to record and share videos. 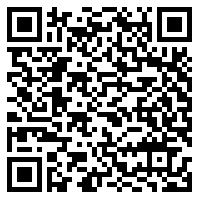