Google rolled out the March Feature Drop for Pixel devices alongside the first stable Android 12L release earlier this month. The Feature Drop introduced a host of new software features, including Live Captions for calls, Night Sight in Snapchat, and more. At the time, the Feature Drop rolled out to all Pixel devices except for the Pixel 6 and Pixel 6 Pro, and Google said that it would reach its latest flagships later in the month. One of the features included in the March Feature Drop is now rolling out to the Pixel 6 series with the latest Pixel Camera Services app update.

Google has started rolling out a fresh update for the Pixel Camera Services app via the Play Store. The update enables Night Sight in Snapchat on the Pixel 6 and Pixel 6 Pro. In case you missed our previous coverage, the feature lets you utilize the Night Sight capabilities of the Pixel Camera within the Snapchat app and capture vibrant, detailed low-light photos or videos without requiring a flash.

It seems Google is rolling out an update to the Pixel Camera Service app that brings a vendor extension for Night Sight.

This enables Night Sight in Snapchat, which was promised as part of the March Pixel Feature Drop.

As mentioned earlier, the update has already started rolling out to Pixel 6 and Pixel 6 Pro users via the Play Store. If you haven’t received it already, you can manually update the app by following the Play Store link below. Note that the update doesn’t bring any of the other features included in the March Feature Drop to the Pixel 6 series, but they should reach users in the coming days. We’ll make sure to let you know as soon as that happens.

What do you think of the new night mode in Snapchat on the Pixel 6 series? Is it a useful addition or would you rather use Night Sight in the main Pixel camera app? Let us know in the comments section below. 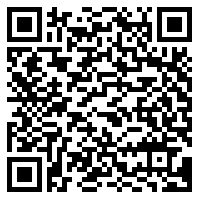