As an Android app developer, there are many reasons why you might want to utilize an abuse detection mechanism to examine the target device’s software and hardware environment. Google’s SafetyNet Attestation API is one such anti-abuse API that allows app developers to assess the Android device their app is running on. However, it will be deprecated by 2024 in favor of the Play Integrity API. Naturally, the modding community will soon need a practical and easy-to-use method to query Google Play Services about the device integrity properties. This is where Play Integrity API Checker comes in.

Created by Nikolas Spiridakis, aka XDA Senior Member 1nikolas, Play Integrity API Checker is a nifty app to determine the device integrity status as reported by Google Play Services. After installing, all you need to do is hit the CHECK button and the app will do the rest. The developer embraced the KISS principle (“Keep It Simple Stupid”), which is apparent from the UI design language.

Fortunately, the device integrity verdict mapping between the SafetyNet Attestation API and the Play Integrity API is fairly straightforward. In a nutshell, the “MEETS_BASIC_INTEGRITY” property of the latter is equivalent to the “basicIntegrity” attribute of SafetyNet. Add the “ctsProfileMatch” under basic evaluation on top of that and you will get the equivalent of “MEETS_DEVICE_INTEGRITY” in the new API. Finally, to get a green tick beside the “MEETS_STRONG_INTEGRITY” property, the device must satisfy the hardware-backed SafetyNet attestation.

Notably, a number of departure events from the stock configuration might lead to Play Integrity violations. On a modern Android device, an unlocked bootloader is enough to trip the abuse detection system. Keep in mind that the app won’t help you modify the Play Integrity status of your device — it merely reflects the status from the perspective of Google Play Services. However, power users can still use a variety of workarounds to pass Google’s SafetyNet attestation and similar anti-abuse  checks without breaking any parts of the system.

If you want to give Play Integrity API Checker a try, download the app from the Google Play link below. For any app developers that read this, the app is open source, so you can take a look at the codebase, submit new patches, or compile the app yourself. 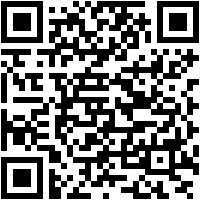