The POCO X3 NFC made waves in the latter half of 2020 when it offered something that much of the competition could not — powerful mid-range specs and a 120Hz display all at a low price. In Europe, you could pick it up for around €200 at launch, and I have personally recommended it to a number of friends after I spent some time with the device. The Snapdragon 732G that powered it was found in much more expensive mid-range smartphones like the Google Pixel 4a. Just when you thought POCO couldn’t do it again, the POCO X3 Pro is launched, and it aims to do everything that its predecessor could do – with a whole lot more on top. The POCO X3 Pro marks the debut of a rather special chipset from Qualcomm, the Snapdragon 860. It’s basically a Snapdragon 855++ (if that were to be a thing), making this a flagship-grade processor from just shy of two years ago. When the Google Pixel 5 came out, many lambasted it for its choice of a mid-range chipset in the 765G. Given that chipsets are getting expensive (and that likely won’t be changing anytime soon), it seems that Qualcomm has come up with a solution – soup-up older chipsets in order to offer a more powerful chip, even if slightly dated, at a much lower cost. Mid-range smartphones are getting cheap, and mid-range smartphones are getting really good.

About this review: I received the POCO X3 Pro from POCO Global on the 12th of March, 2021. They did not have any input in the creation of this review.

The POCO X3 Pro’s biggest achievement is its low price tag. Coming in at €199 in Europe (as an early-bird price), it packs some impressive specifications for the price. You’re effectively getting a two-year-old flagship (with the benefit of software support from POCO and Qualcomm) along with some other beefy specifications as well. Is it worth picking up over other mid-range devices? Probably yes at this price point. There are very few things that the Snapdragon 860 can’t do. Couple that with a 1080p 120Hz IPS LCD panel and a fairly capable camera system and you have yourself a winner. €300 flagship smartphones are long gone, but this isn’t a far cry away from being one. It’s actually cheaper than the POCO X3 NFC was at launch, putting the POCO X3 Pro in an insanely competitive position.

The Qualcomm Snapdragon 860 is no slouch

Given that the Snapdragon 860 is basically a more powerful 855+, then it stands to reason that this is still a pretty powerful chip. According to an Antutu benchmark, it scores just a little bit higher than the OnePlus 7 Pro, a fantastic device in its own right. It’s not going to go toe-to-toe against the likes of the Xiaomi Mi 11, but it will pack a punch that a modern-day mid-range smartphone still can’t quite achieve. The Adreno 640 GPU is still not found in mid-range chipsets and the 7nm production process aids in low-power high performance.  Even the Snapdragon 765G only has an Adreno 620.

The POCO X3 Pro could find itself being a mid-range gaming smartphone on a budget, thanks to the Adreno 640 inside. You get some pretty decent sustained performance too, according to my testing using the CPU Throttling Test app. The POCO X3 Pro scores higher in the CPU Throttle Test too than devices with the Snapdragon 765G. You’ll be able to play pretty much everything on offer on the Google Play Store, along with the ability to emulate a lot of past consoles and handhelds as well. The camera on the POCO X3 Pro is rather capable for a device at this price range. It’s nowhere near being a world-champion, but the combination of a 48MP primary sensor and an 8MP ultra-wide should put this phone in a decent position. There are also two other cameras too – a 2MP macro camera and a 2MP depth sensor. It feels like both cameras have been stuck on for show (especially the useless 2MP macro camera), but the primary sensors are good enough. It feels like wasted money though, as this device could remain exceedingly competitive with two cameras (or three, if you want to keep the depth sensor). I took a few pictures on this phone from both of the primary sensors to get a taste of what the POCO X3 Pro’s camera is like, and you can check out the album below. 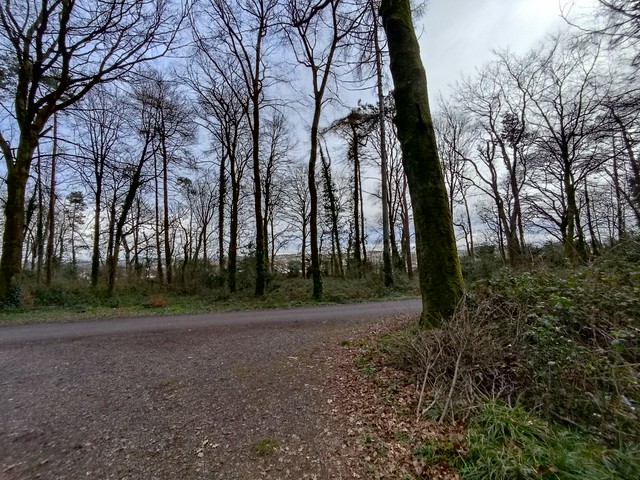 The POCO X3 Pro packs a 120Hz IPS LCD full HD panel, just like the regular POCO X3.  It’s a pretty good panel, though obviously, it’s no AMOLED competitor. It gets the job done, looks good, and is fast and smooth. High refresh rate panels are getting cheaper, and they’re some of the best improvements to come to smartphones in recent years. Packing them in at this price point is a testament to how far smartphones have come, and they’re an easily noticeable smoothness boost to give to any smartphone. It gets bright enough in daily usage (though definitely nowhere near the brightest that I’ve tested) and it gets low enough in brightness to be comfortable in night-time usage too. Because it’s an LCD, blacks don’t always necessarily look like blacks, and you won’t benefit from a rich contrast ratio that can be found on AMOLED panels as a result.

The headphone jack and IR blaster

The POCO X3 Pro packs a headphone jack – a commonality between mid-range devices. It works, you can plug wired earphones in, and it’s likely one of the more powerful devices released in the last year to actually feature one. Given that many people will have probably made some form of a switch to wireless earphones, it’s not as useful as it once was, but it allows you to use your fancy headphones or earphones with your smartphone instead. Another incredibly useful feature basically unique to Xiaomi devices as well is the inclusion of an IR blaster. The IR blaster allows you to control devices that use an infrared remote, such as TVs and radios. You can configure it from the Mi Remote app on your smartphone.

The battery life on the POCO X3 Pro is outstanding, largely thanks to the 5160 mAh battery in tow. It can charge at 33W using the included charger in the box and will power through pretty much anything that you throw at it. The phone charges in roughly under an hour, and I had no issue getting through a day of use on a single charge.

The POCO X3 Pro has some flaws though The one glaring issue with the POCO X3 Pro is the fact that it is literally just a POCO X3 NFC with some slightly souped-up internals. It is completely indistinguishable from the NFC version of this particular device, with the only real changes being in the camera system and the chipset. Those are definitely big upgrades, but it still means that you’re effectively getting a very similar device if you go with the X3 Pro instead of the X3 NFC. If you don’t really care about how a phone looks, then this isn’t really much of a con, but I know that many people would love for their slightly more expensive smartphone to at least be more discernible from the cheaper device. It’s plastic too, and despite the internals, it can still feel quite cheap in the hand. The chassis on the back has been changed somewhat to have a more matte-feel on the sides, but it still feels more or less like the X3 NFC when you’re holding it.

MIUI still isn’t perfect, and it has its issues on the POCO X3 NFC just like it did on the Xiaomi Mi 11. I had to disable battery optimization for Facebook Messenger yet again in order to receive message notifications, and UI elements are broken still in some places. I’m generally a fan of MIUI, but it’s not perfect, and forthcoming fixes for the likes of the Mi 11 will probably take a lot longer to reach the POCO X3 Pro due to the fact that it’s a mid-range smartphone. Having to disable the system-level dark mode for each and every app that’s had its design messed up is painstaking, yet it’s an actual necessity for some apps.

The POCO X3 Pro is a step up above the POCO X3 NFC that launched in the latter half of 2020, but it’s still more or less the same device with some slightly changed internals. Both devices look the same, and nobody could really blame you for mixing the two up. That doesn’t mean that it’s not worth picking up, but the devices are so similar that holding them side by side, it would be hard to tell them apart. It’s fast, it’s smooth, and the Snapdragon 860 can keep up with pretty much everything that you throw at it in a day-to-day sense. It’s not the best chipset on the market and nor is it close to it, but it’s an interesting chip from Qualcomm that helps to fill the gap between mid-range and flagship.

With the way that POCO has priced the POCO X3 Pro, matching it on point with the POCO X3 NFC’s pricing, it becomes impossible not to recommend the Pro device over its non-Pro sibling. As far as I can tell from having used both devices, there is not a single aspect of the X3 NFC that is better than the X3 Pro. Whether POCO has made enough of a convincing argument to pick this device up over the rest of the competition though remains to be seen. In Europe it comes in at an early-bird price of €199, putting this below the starting price of the weaker POCO X3 NFC. The POCO X3 Pro misses out on very little when compared to mid-range smartphones that are near twice its price, and I’m excited to see what POCO comes out with next.

Apple, Google, or Samsung: Which upcoming launch event are you most excited for?

iPad Mini 6: Everything you need to know about Apple’s latest portable tablet

Here’s how the major carriers in the U.S. are doing with 5G