Project Fi Invites Are Rolling Out

Google is now sending out the first wave of invites to its new wireless service, Project Fi. Users are already signing up and have shared the process with us. So far, it is clear that Project Fi users can have their Google Voice number transferred across if they wish, which will automatically move their Google Voice credit over as well.

What we have learned so far is that after a Voice number is transferred you will lose some functionality, but you will be able to keep many features from your Voice account including your voicemail greeting, voicemails, texts and history. Regardless of whether you port your number across, some features are going to be lost and the images shared by Reddit user idreamincode have shown these to include:

If you do not already own a Nexus 6, you will be offered the chance to purchase one for $699 when setting up your account. This can either be paid in full or as part of your monthly bill as would be expected of most carriers. Alternatively if you can find the device else where for less or already own a nexus 6 that is also an option. 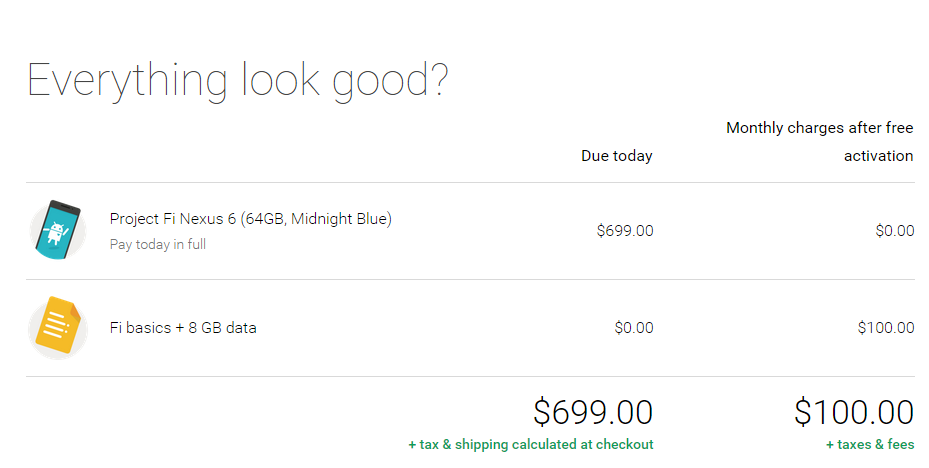 From there you can choose your ‘budget’, the basic package includes unlimited U.S. calls and texts, unlimited international texting to over 120 countries and live support if needed. This basic package will cost you just $20. After this you can choose the data you require at $10 per GB which can be used at the same cost internationally and will be full speed even when used for tethering however as previously reported you only pay for the data you use and receive credit for that which you do not. 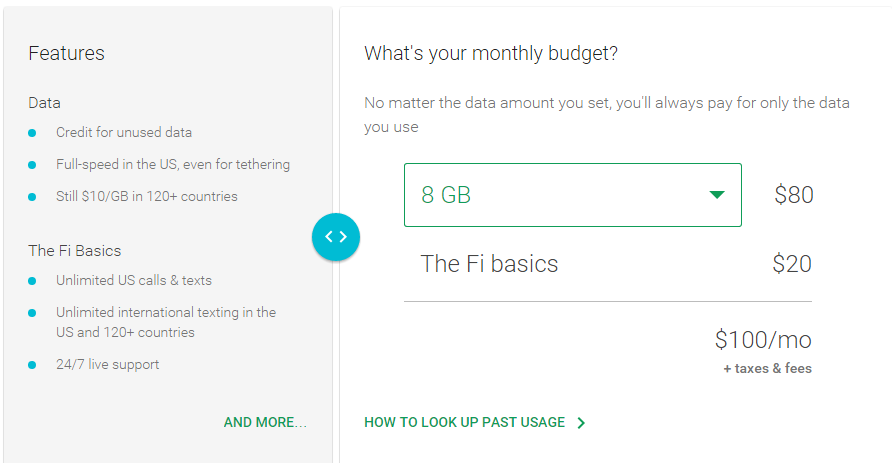 Following this, you simply have to hit the accept button and you’re away! By using their service you do however agree to using Wi-Fi assistant which will automatically connect you to open networks that Google has verified as fast and reliable, as well as using Google’s VPN, although this can be turned off at any time. 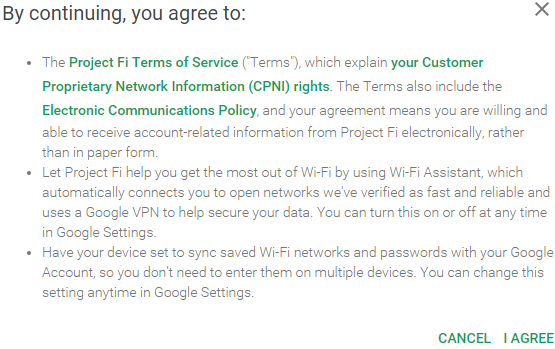 Have you applied for Project Fi and received your invite? Is it cheaper than your current plan? Leave a comment below!