Many of you are probably not well acquainted with ProtonMail, but it is, in very simple terms, one of the best services you should sign up for if you care about the privacy of your emails. It’s an end-to-end encrypted email service, which means that content is encrypted before it’s sent to ProtonMail’s servers and is unencrypted at the recipient’s end when the email arrives. This means that your email’s contents are never accessible by ProtonMail or any other third party, offering a huge advantage over other email services such as Gmail. The team behind ProtonMail recently released an encrypted calendar app called Proton Calendar earlier this year, and it’s now available for Android devices.

Just like ProtonMail, the Proton Calendar app and service offers the very same end-to-end encryption security that’s a headline feature from the email service, and it also means that you get the same privacy advantages as the rest of Proton’s services. That also includes the aptly named Proton Drive, an encrypted cloud storage service. No one but you can access all your essential events and critical information about them. Proton Calendar allows you to migrate all your existing calendar events and information from other calendar services, and it also allows you to manage up to 10 calendars. The app will also sync with the regular web app as well. As it belongs to the same ecosystem as ProtonMail and Proton Drive, you get all the same security features on all three of them. The event title, description, location, and participants for every event are encrypted on your device before they reach ProtonMail’s servers. ProtonMail believes fiercely that you, and only you, should have access to your personal information, so they apply the same philosophy to all of their services.

Proton Calendar—both the app and the service itself—is currently available as a beta and it’s limited to paid users only, so if you’d like to check it out, make sure to check out ProtonMail’s paid plans as well. 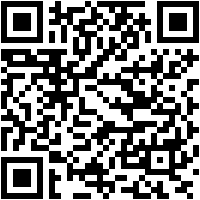