When designing the RP2040, the Raspberry Pi Foundation set three goals for itself. They wanted the chip to feature high performance to handle integer workloads, have flexible I/O options to support most external devices, and be low cost to lower the barrier to entry. What they designed measures two square millimeters, is fabricated on a 40nm process node, and features a dual-core ARM Cortex-M0+ processor with 264KB of on-chip RAM. Also contained within the 7x7mm QFN-56 package are multiple I/O options, 2MB of flash memory, a power supply chip that supports input voltages from 1.8-5.5V, a single push button, and a single LED.

The Raspberry Pi Pico is programmable in C/C++ and MicroPython, and the Raspberry Pi Foundation is providing a complete C SDK, GCC-based toolchain, and Visual Studio Code integration. Interestingly, there’s even a port of TensorFlow Lite available, in case you’re interested in running any machine learning programs on the Pico.

For $4, the Raspberry Pi Pico with its RP2040 chip has a lot to offer. If you’re looking to build a simple project at home to control your appliances, the Pi Pico seems to be a simple and cheap way to get into microcontroller programming.

You can view the board’s full specifications, datasheet, pinout diagram, on-device boot ROM, and other documentation from the Raspberry Pi Foundation’s website. The Raspberry Pi Foundation also put together a book to teach beginners how to get started with MicroPython on the new Pi Pico. You can purchase the Raspberry Pi Pico microcontroller and the book starting today from all Raspberry Pi Approved Resellers. If you’re a subscriber of HackSpace magazine, you’ll be given a Pico for free with the February issue. 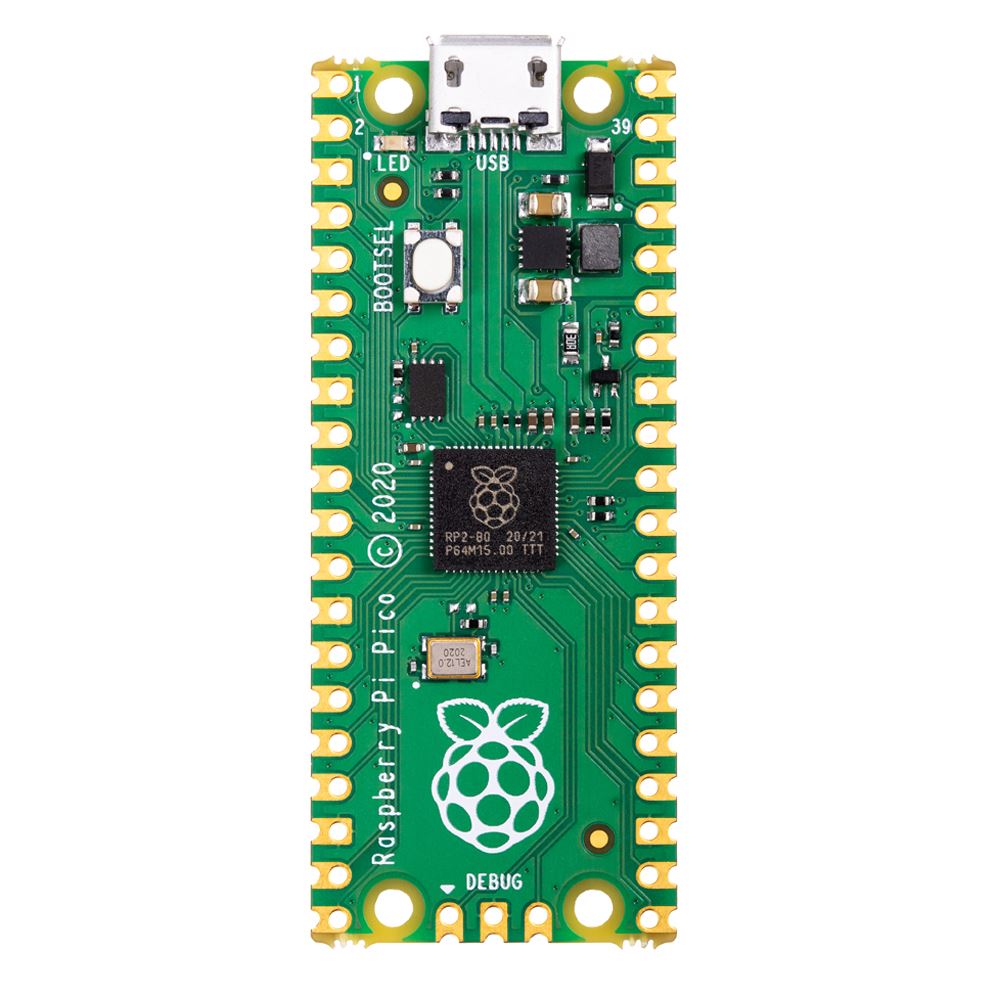 The Raspberry Pi Pico is a $4 microcontroller board with Raspberry's in-house, ARM-based RP2040 chip. It's programmable in C and MicroPython and features I/O options like I2C, SPI, and PIO.

Check it out at Raspberrypi.org

Alternatively, you can pick up one of the other low-cost boards from Adafruit, Arduino, Pimoroni, or Sparkfun that make use of the RP2040 silicon platform.