Razer is primarily known for its gaming laptops, accessories, and peripherals. But the company also offers lifestyle products, from an ergonomic mouse to a wireless mechanical keyboard — two devices that would fit nicely in a work from home setup. To further round out its lifestyle portfolio, Razer has unveiled new true wireless earbuds called the Razer Hammerhead True Wireless Pro that support active noise cancellation (ANC) and feature THX certification. Razer’s new earbuds promise the same Gaming Mode for a minimum latency of 60ms—the actual latency may be higher depending on the particular device and OS the earbuds are paired to. They also feature the same convenient on-ear touch controls. But that’s where the similarities end; the Hammerhead True Wireless Pro includes a number of other improvements that make these earbuds a big step up over the original model.

Razer says the Hammerhead True Wireless Pro feature “Advanced Hybrid ANC” with two external microphones and two internal microphones. One microphone is used for voice chat, which is located at the bottom so it’s closer to your mouth. Each earbud supports independent playback, making it easy to listen to audio with one earbud on and the other one off. You can’t, however, connect to multiple Bluetooth audio sources simultaneously. There’s a Quick Attention Mode that allows users to hear what’s happening around them without taking the earbuds off. This feature essentially uses the ANC mics in reverse.

Speaking of Bluetooth, the Hammerhead True Wireless Pro headphones support Google Fast Pair for quick pairing. The earbuds, however, do not support the full set of Google Fast Pair features, such as showing the individual battery life of the L/R earbud and case or the location in the “Find My Phone” app. They do support Razer’s own QuickConnect feature, which makes it easy to quickly connect to another audio source that you previously paired up with. The feature is available in Razer’s mobile app, which also offers equalizer settings, the ability to remap touch gestures (up to 5 different gestures), and an earbud fit test. 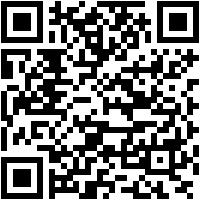 In addition to ANC, the Hammerhead True Wireless Pro features 10mm drivers and THX certification, which promises superior noise isolation, 20-20kHz frequency response, and no frequency distortion at high volumes. By featuring THX certification, Razer is aiming to offer users sound playback “as the creators intended.” However, the Hammerhead True Wireless Pro does not support audio codecs like aptX, aptX HD, aptX-LL, or LDAC, so you’re limited to just SBC and AAC.

Razer also made some important design changes to make the Hammerhead True Wireless Pro worthy of the pro name. There are seven different ear tips to choose from; the default size is medium. There are also three ear tips that are called “SecureSeal,” which feature translucent silicone that provide a more stable fit for activities like working out. The other three are called “SmoothComfort,” and promise to be comfortable over extended periods. The Pro model promises about four hours of battery life for each earbud with ANC enabled, with 20 hours of total battery life with the case. The case will offer roughly four top-ups, so you won’t need to worry about finding an outlet over a busy workday. You can charge the case using a USB-C cable, though the charging time will depend on the power brick or charging source as a power brick is not included in the packaging. Unfortunately, the case doesn’t support Qi wireless charging.

The Razer Hammerhead True Wireless Pro earbuds retail for $199.99 / €209.99 and can be purchased starting today. You can find them on Razer’s website and Razer retail stores in the U.S., Canada, EU, China, and Asia Pacific countries. Razer is also selling a protective THS durable TPU carrying case with a carabiner clip for $29.99 / €34.99.

* May vary depending on usage