Razer is no stranger to audio products, as the company sells many different pairs of headphones, true wireless earbuds, speakers, and headsets. The Opus headphones from last year were the first Razer over-ear headphones with Active Noise Cancellation (ANC), and they offered good sound quality and a price that undercut some of the competition. While there’s no follow-up model to the original Opus quite yet, Razer did announce a cheaper version last month — the Opus X.

The Razer Opus X maintains the same Active Noise Cancelling technology and overall design as the regular Opus headphones, but is it worth your hard-earned $99? Maybe, but it depends on what exactly you’re looking for from a pair of headphones.

About this review: I received the Razer Opus X for review from Razer on June 21st. Razer did not have any inputs on this review.

The Opus X looks like your average pair of over-ear Bluetooth headphones. There’s an adjustable headstrap, ear cups that can swivel and tilt for better comfort, and leather coverings on the cups. Nothing out of the ordinary, but nothing to complain about either.

All the controls are positioned on the bottom of the right ear cup. There are buttons for volume up and down, with the pause button between them. Further down is the power button, which also toggles between noise-canceling modes (ANC on, ANC off, or ambient sound passthrough). The control layout is similar to most other ANC headphones, but the buttons here are easier to access than the controls on some other headphones I’ve used, like the Sony WH-CH710N. The buttons are clicky, and the raised dot on the pause button helps you find the right one to press. The right ear cup also has the USB Type-C port, which is used for charging. Razer says the headphones can last up to 30 hours with Active Noise Cancellation enabled, or up to 40 hours with ANC off. The numbers seem to be accurate in my testing — I haven’t had to charge these headphones very often.

There’s one connector missing — a 3.5mm audio input jack! There’s no option for wired audio on the Razer Opus X, making these headphones less helpful for games (where any latency is noticeable), and blocking them from working with devices that lack Bluetooth support (like the Nintendo Switch). Razer says this was done to bring the Opus headphones down to their $99.99 MSRP, and even though I don’t use wired audio much anymore, it’s still an annoying omission.

My other complaint with the Opus X is with the ear cups. The narrow design of the ear cups will likely be fine for most people, but with my larger ears, they end up pushing my ears inward. For this reason, I can’t wear the Opus X for more than two hours or so before my head starts to hurt.

I had the same issue with the Sennheiser HD 450BT (and Sony WH-CH710N, to a lesser extent), so I know this isn’t an issue limited to Razer’s headphones. Again, most people will likely be comfortable with the Opus X, but larger-eared people should look for other options. Razer is selling these headphones in three colors: Mercury White, Quartz Pink, and Razer Green. I (obviously) received the green color, which seems to have a slightly more muted tone in real life than in Razer’s own photos. Green is my favorite color, so I definitely love how these Opus headphones look — I just wish they were more comfortable for my head shape.

I’m definitely happy with the sound quality on the Razer Opus X. I’m not hardcore into audio, but I’m able to compare it to other options in this price range (such as the Sony WH-CH710N). Music on the Opus X with the default equalizer sounds great, with clear vocals and instruments. I didn’t notice any over-the-top boosting on the bass, which is a problem on many audio products from ‘gamer’ brands. The Active Noise Cancellation works well too, but I haven’t had a chance to fly on a plane with the Opus X — the ultimate test for any ANC headphones.

The Razer Audio app, available for iOS and Android, allows you to choose from five equalizer options. You can pick from Amplified (which doesn’t sound much different), Enhanced Bass, Enhanced Clarity, and Vocal. Sadly, you can’t customize your own equalizer settings. Only Razer’s own presets are available. 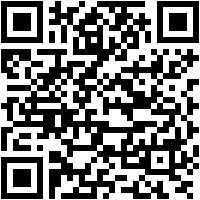 The app also has software toggles for ANC or Game Mode, though it’s usually easier to use the buttons for that — press (not hold down) on the power button for ANC, and hold down on the pause/play button for 5 seconds to toggle Game Mode.

Importantly, these headphones only support the AAC and SBC audio codecs, and not the Qualcomm aptX audio protocol. AptX can sometimes deliver improved sound quality and lower latency (on Android devices with Qualcomm chipsets, anyway), but I’ve personally never noticed much of a difference when switching between AAC and aptX on headphones that support both codecs. Some people definitely care about aptX support though, and if you’re in that camp, the Opus X might not be for you.

Razer’s Opus X is an impressive pair of headphones for $99, with decent build quality, tactile controls, ANC, and great sound quality. The ear cups are a bit too small for my ears personally, but that won’t be an issue for everyone. My main complaint here is the lack of 3.5mm audio support, which is present on most other Bluetooth headphones. I suspect that won’t bother most potential buyers, but there are many situations where wired audio is still the best (or only) option. This isn’t strictly a gaming product, but having an option for wired audio would at least make this a solid pair of headphones for gaming on a PC (where Bluetooth usually doesn’t work well) or the Nintendo Switch. Wired audio is also great on longer trips, where you don’t want to worry about recharging your headphones.

If you’re looking for a pair of ANC headphones that won’t break the bank, the Razer Opus X is worth a try. Especially that green color.