ReadItToMe reads and lets you respond by voice to your Whatsapp, Telegram, and Hangouts messages

Part of the beauty of Android is that you can pretty much make an application for anything, though sometimes that does require root access. ReadItToMe reads your WhatsApp, Telegram, and Hangouts messages out loud for you when enabled, allowing you to respond entirely with your voice as well. It means that you won’t have to look away from what you’re doing. That’s without even mentioning the potential accessibility improvements. We saw the application released way back in 2012, and since then it hasn’t had much done by the way of updates. XDA Senior Member crazyfool_1 has updated the application yet again, bringing a ton of bug fixes, a lot more stability and a much more intuitive UI and setup process. Another neat new feature is that you can have it switch on when connected to your home network. It should also be easier for him to add new features in the future as well! If you’re interested, you can check out the Google Play Store link below along with his own thread here on XDA. 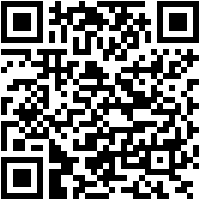 XDA » Forum Links » ReadItToMe reads and lets you respond by voice to your Whatsapp, Telegram, and Hangouts messages