Realme has been the talking point among tech enthusiasts worldwide. This is because the OPPO off-shoot has phenomenal growth since May 2018, becoming the fastest-growing smartphone (renowned) brand in the world. After kicking it off in the budget smartphone segment, Realme pro-actively launched new smartphones covering every segment and even set a new benchmark for affordable flagships with the Realme X2 Pro. India is a key market for Realme and sees the maximum launches from the company. Today, it is launching yet another smartphone which was promised at the unveiling of the Realme XT and also anticipated by the gamers among Realme’s fan community.

The Realme X2 is launched in India today and the smartphone, as we know from previous launches in China and Europe, is almost the same as the Realme XT. The Realme X2 comes with the same 64MP quad-camera design, the same hyperbola-inspired rear glass design – albeit with a new color variant, the same Super AMOLED with a notch, and similar RAM/storage configurations. What has changed, however, is the chipset that powers the smartphone and this is among the most exciting upgrades here. In terms of photography, the quad-camera includes a 64MP Samsung ISOCELL Bright GW1 sensor, an 8MP wide-angle camera, a 2MP depth sensor, and a 2MP camera for macro photography. The selfie camera has been updated and is now a 32MP sensor instead of the 16MP on the Realme XT. The front camera also supports 4-in-1 pixel binning along with Nightscape mode for the front camera.

Realme has also introduced a new color variant with the Realme X2 while retaining the other two colors from the XT. The new color is called Pearl Green. Realme has announced Realme PaySa, a payments and finance solution exclusive to India. Through PaySa, users will be able to invest in mutual funds, digital gold purchases, insurances, and SIP etc. In future, the service will support payments via UPI. Further, there will support for personal loans and the app will also provide free credit score reports. Besides personal loans, Realme PaySa will also offer loans up to ₹5 million to SMEs across India. Besides classic financial products, Realme will also offer phone screen insurances for Realme devices. The claim process is fully digital and the insurance allows up to two claims.

Realme PaySa is available for all Android smartphones. While the app is currently in beta and can be downloaded from the Google Play Store. 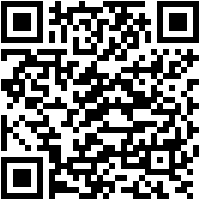 The Realme X2 comes in three variants and their prices are:

The price of the wireless charging pad has not been announced yet.