Realme has come a long way since its inception in early 2018 as an OPPO subbrand. The company has focused on an Indian-first strategy that has proved to be quite successful, with plans for tackling the global smartphone market as well. Realme’s first flagship device came in the form of the Realme X2 Pro last year, but now they’ve launched their first 5G flagship – the Realme X50 Pro 5G. We have a device for review, and we figured that we’ll let you know our first impressions of it before our full review goes live in a few weeks’ time. You can also check out my hands-on video on the XDA YouTube channel below.

The Realme X50 Pro 5G has, more or less, a pretty cookie-cutter design. It’s an all-metal shell with a quad-camera array on the back along with a bezel-less display with a dual-camera cut-out on the front. That doesn’t mean it’s a bad design – rather, it’s just one of the few areas in which Realme hasn’t innovated on. Our variant came in Rust Red, although there’s a Moss Green variant that will also be available for purchase. The Realme X50 Pro 5G is pretty thick, but the additional thickness isn’t a problem for me. Actually, I quite like it. The Realme X50 Pro 5G has a pretty classy (but safe) design, and it feels comfortable in the hands to use. There’s a pair of front-facing speakers that surprised me in their quality, along with a speedy in-display optical fingerprint scanner. The display is one of the other defining parts of the Realme X50 Pro 5G. The Realme X50 Pro 5G has a 1080p AMOLED panel with a 90Hz refresh rate, and it is fantastic to use. Just like other high refresh-rate panels, scrolling through UI elements at 90Hz is buttery smooth and makes it hard to return to 60Hz phones. The display gets pretty bright, though it can be hard to make out some things under bright sunlight. It’s not a deal-breaker for me, but it’s something to be aware of if you’re considering picking this one up. The camera cut-out does get a little bit annoying in full-screen content, but it’s something you can get used to. I currently found it most frustrating when playing games.

The Realme X50 Pro 5G is one of the first devices on the market to sport the Qualcomm Snapdragon 865, Qualcomm’s flagship SoC announced back in December of 2019. Qualcomm says that the Snapdragon 865 offers 25% greater performance than the Snapdragon 855, or 25% greater power efficiency when offering the same performance as its predecessor. The Adreno 650 GPU follows a similar approach – 20% faster graphics rendering or 35% more efficient graphics rendering when compared to the Adreno 640. While I’ve not had a whole lot of time to properly test performance (and I can’t install any benchmarking apps on pre-release software I’m running on the Realme X50 Pro), I did manage to test out Nintendo GameCube emulation performance. I generally like to test The Simpsons: Hit & Run when testing emulation performance, as the game is a quick one to stress test a device’s CPU. I was incredibly impressed, as the game ran nearly flawlessly – the first smartphone I’ve had to be able to do so. We’ll be going more in-depth with performance in our full review.

The charging speed is where the Realme X50 Pro 5G really excels. Offering 65-watt charging with an included charging brick in the box (as in, you don’t need to pay for it separately), you’ll charge your phone from 0% to 100% in about 35 minutes. Leaving it on to charge for a few minutes will net you huge percentage gains in battery level, something that has shocked me every time I go to charge my phone. It has genuinely changed my smartphone usage habits. The phone does tend to heat up a bit when charging, but it cools down pretty quickly as the phone begins to taper the charging speed when it approaches 100%.

As for battery life, the Realme X50 Pro 5G is just… average for me. I’m generally getting around 4 hours screen-on-time for a day’s usage which consists of Snapchat, Facebook, Reddit, Twitter, Discord, etc. While it’s certainly heavy social media usage, I’m used to better battery life from the OPPO Reno 10x Zoom and the Honor 20 Pro, so it’s been a bit of a downgrade. Poorer-than-I’m-used-to battery life has been totally mitigated by the insanely fast charging though, so I don’t really mind it too much.

Realme UI is based on Android 10

The consensus among us at XDA-Developers is that ColorOS 6 is awful. Realme UI, though, is based on ColorOS 7, the latest version of ColorOS which looks a whole lot closer to stock Android. It does away with silly UI changes, introduces actually useful features, and makes the Realme X50 Pro a pleasure to use. Realme UI is already one of my favorite OEM skins on an Android smartphone, which means by extension, so is ColorOS. Crazy how that worked out.

Now, admittedly I have found there to be a number of issues that I’m unsure as to whether or not they are caused by me running pre-release software on the Realme X50 Pro. As you can see in the screenshot above, I actually can’t switch off mobile data. I also can’t enable data roaming either, which is a bigger issue. I’m hoping this is fixed in a post-launch update, though there are a number of other issues too. For example, OnePlus-style gestures are here (as in, you swipe from the bottom for all of them), and swiping to go back on the right or left triggers the Google Assistant every single time.

There are also a number of camera issues, though the company is really pushing the camera this time around.

While I won’t in-depth into the camera until the full review, I don’t have a lot of complaints to offer except for the included night mode. Night mode oversaturates and makes everything incredibly green and noisy. You’ll easily spot them in the album of photos I’ve taken below. As I’m sure you’ll notice, though, daytime shots are admittedly stellar. I’ll have lots more to show for the camera in the next few weeks, though my initial impressions are, for the most part, very good. 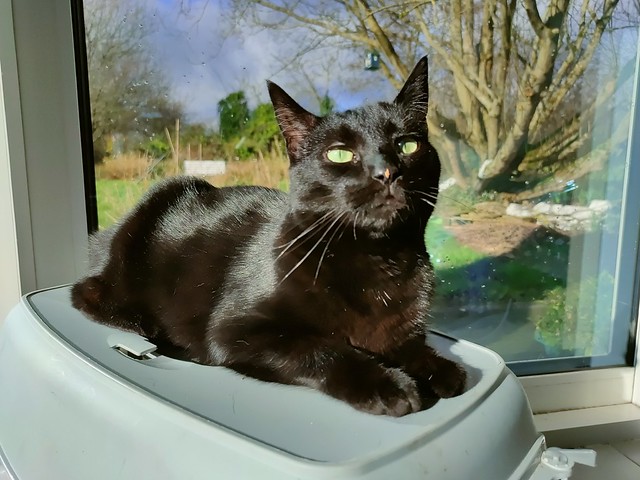 The Realme X50 Pro 5G surprised me, simply because it appears to be a well-thought-out package with good features and great performance. There’s nothing really gimmicky here: It’s just a good product at a price that’s pretty competitive as it also includes support for 5G connectivity.  While I don’t expect my opinions to change a whole bunch in the full review, if you’re still on the fence, it could be worth waiting for my full-review. Let us know in the comments what you think so far!