We’ve seen Android theming change and grow over a long period of time, starting with custom overlays via Substratum and now moving on to Android 12‘s Material You wallpaper-based theme engine (codenamed “monet”). Google recently published the resources and libraries on the dynamic theming component of Material You, too, though prior to its publication, Google’s implementation had already been reverse-engineered by Danny Lin, aka XDA Senior Member kdrag0n. kdrag0n then released Repainter, an app that has now been updated to bring new Material You themes for unrooted Android 13 and OneUI 4.x devices.

Repainter v1.2.0 has already started rolling out via the Google Play Store, and you can download the latest update by following the link below.

The biggest change in this update is for Pixel owners, as they will no longer need to use Shizuku when wanting to change on-device themes. It also will work with Material You dynamic color styles in Android 13 DP2, of which Google is working on five different variants. In essence, not only will a set of colors be chosen when you set a wallpaper, but there will also be different “styles” that can be chosen too, with varying colors that may be low color or more vibrant.

As well, users with Samsung devices running OneUI 4.x will be able to make use of Repainter, too.

The official Telegram group for Repainter is the home of this project and is where you can find the latest development updates. As for the app, you can find it on the Google Play Store by following the link below. 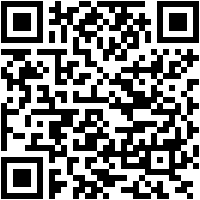