After rolling out its gaming service worldwide late last year, Netflix is now focusing on expanding its game catalog. Today, the company has added two new titles — Dungeon Dwarves and Riot Games’ Hextech Mayhem — to its lineup. If you’re a League of Legends fan, you should definitely check them out and kill some time while you’re waiting in queue for your next match.

According to The Verge, Dungeon Dwarves is an idle dungeon crawler. In the game, you control a team of five dwarves whose main task is to keep digging to advance to the next dungeon. The Dwarves also have special abilities that you can use to clear out your path faster or take down bosses. The abilities range from heavy weapon strikes that take down all objects in your way to area-of-effect attacks that are great for multiple enemies. You can even level up your team of dwarves as the game progresses to take on increasingly treacherous terrain and powerful monsters. Interestingly, the dwarves keep digging even when you’re not playing the game and reward you with new gear whenever you return. On the other hand, Hextech Mayhem features two champions from the League of Legends universe — Ziggs and Heimerdinger. It’s a rhythm runner in which you control Ziggs as he runs through the streets of Piltover while causing musical explosions and collecting gears to create the biggest bomb ever. Heimerdinger doesn’t really play an active part in the game and he only serves as a foil to Ziggs.

Hextech Mayhem first launched on the Nintendo Switch and PC back in November last year, and you can now enjoy it on mobile if you have a Netflix subscription. Both games are completely free to play and ad-free. You can download them by following the Play Store links below. 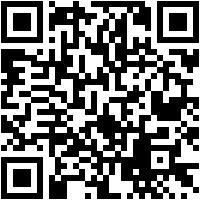