Angry Birds was one of the first standout games on the iPhone and early Android devices, and eventually spawned an empire of related games and movies. However, the game that started it all hasn’t been officially available for a while, as Rovio focused on newer Angry Birds spinoffs. Just in time for the game’s 10-year anniversary (anyone else suddenly feeling old?), the original Angry Birds has returned to the Apple App Store and Google Play Store.

The original Angry Birds game was quietly pulled from mobile app stores in 2019 — Rovio said in August 2019 that the removal was “for testing purposes” without elaborating further. However, the game has now returned with a full remaster, labelled as Rovio Classics: Angry Birds. The updated version is a close recreation of the original game, but instead of the original proprietary game engine, the new game uses the more common Unity engine.

Rovio said in a blog post that using the updated engine creates “a more sustainable platform for the game to be offered on newer devices, while preserving the authentic 2012 Angry Birds experience.” Even though it’s close to the original game, there are a few changes — the game is $0.99 on the App Store and Google Play, instead of free and supported by advertisements and in-app purchases like the original version. For example, while the ‘Mighty Eagle’ power-up used to require real money in the original game, it’s now a simple button that can be used for fully competing a level. The game is available to download from the Apple App Store and Google Play Store. Android 6.0 or higher is required for the Android version, while the iOS version works on any devices with iOS 13 or later. Sadly, the app isn’t available to install on macOS, even though it doesn’t require additional development work for Silicon-powered Mac computers. 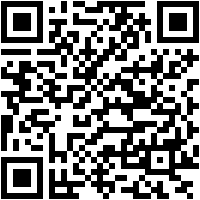