For years, the big names in mobile tech have played a massive game of “One-Up.” The spec wars have led to some major market champs like the Apple and Samsungs of the world, however, by now even the cheapest of handsets feature specs we would have died for back in the OG Motorola DROID days. Huawei just released the P20 Pro with 3 camera lenses and the OnePlus 6 features a whopping 8GB of RAM in the higher end model. Things are heating up.

Touch has been the way we interact with our phones basically ever since the smartphone was a thing. Samsung envisions a future where we won’t need to touch our phones as often and instead command them to do things for us with our voice. Apple and Google are at the front of the pack in this new race to improve the user experience with artificial intelligence that is not only able to jump at every command but will eventually know what you need before you need it. The idea is that you will have an artificial assistant in your pocket that is just as valuable as a human assistant. Who knows, maybe one day Google Assistant will be able to order your morning coffee and have it delivered to your desk.

All of these voice commanded assistants are great, but they each have an Achilles Heel. They assume that everyone who would like to use them has constant Internet access and doesn’t mind having a major company connected to their device constantly listening. Fortunately, there is an old tried and true dark horse in this race. Saiy is the Voice Assistant that works without an Internet connection. This app has been around since 2012, (when it was formerly known as Utter) but development has recently kicked back off and we are seeing some major advancements in one of our favorite voice command assistants.

I recently had a chance to check out Saiy for myself and boy was I pleased! First off, it is nice to have a voice assistant for power users. From the time you launch the app you are reminded that this is an Open Source Project which is community driven. Brandall, the developer of the app, openly encourages your bug reports and suggestions. If you remember and loved Utter you are going to love Saiy!

Many voice command assistants have the learning curve hurdle, meaning you actually have to learn what commands are accepted and how to use them. Saiy walks you through the process with a built-in audio tutorial. During the tutorial, you will personalize the experience by telling Saiy your name and learn how to fully customize your assistant.

Customization has to be the best part of Saiy. Not only can you set up custom commands, but you can actually set up Saiy to respond with sound effects and sound clips that you load into the app. You can have Saiy respond to certain commands or questions with long, articulate, brilliant responses hand typed by you. This is sure to impress your friends. The first thing I set up was a custom greeting. I thought it was pretty cool that Saiy greeted me with “Hey sexy beast.” You can also set up custom questions and answers, for instance when I ask Saiy “Who holds the high school record for 3 point shots made in a game” she answers with my name. These custom commands and phrases would be great for party gags or family get-togethers and I could play around with them for hours. You can set nicknames for your contacts through the app which is another entertaining feature. This allowed me to label a coworker “Hick” while still being able to display his real name in my contacts. Now I can call my buddy by simply telling Saiy to “call Hick.” In the settings, you can set up a home screen shortcut, choose from 32 supported languages, or toggle the Amazon Alexa shortcut. In Advanced options, you can set up driving profiles and quiet times, change the voice gender of Saiy, and choose when hotword detection is active.

The list of commands goes on and on. You are able to quickly and easily manage your device’s settings with your voice, including WiFi, Bluetooth, mobile data, time settings, and more. Most commands that you would generally think of when you think of a virtual assistant, including requesting the time, date, weather, sending texts to contacts, calling contacts, and so on, are available as well. Of course being able to set up your own custom commands means the options are endless.

Saiy doesn’t require a user interface and runs in the background. It’s super lightweight and totally customizable. Its functions are available no matter what screen you happen to be on at any given time. In other words, you won’t need to tap a special button or squeeze the sides of your phone to launch Saiy. It’s just sitting there ready to work. You won’t even need to launch a separate application to get the commands rolling.

Saiy is more interesting than ever with built-in Alexa functionality. You can take advantage of Alexa without the need for any actual Alexa hardware. You can link your Amazon device and skills using the Alexa companion app. As fun as Saiy is it does have some major limitations. Yes, there are tons of commands here, but Saiy can’t do many of the things that the big guys can, like turn up your display’s brightness or turn up your phone’s volume. It also can’t answer some pretty simple questions such as “Who is the President of the USA?” You can set Saiy to search the web if it doesn’t know the answer, but that does require an internet connection. Even with these few limitations, it’s great to see an old favorite back in development with new features.

With Saiy you will be able to control your phone faster with your voice than you would be able to manually. Another advantage is that this is completely Open Source. It isn’t connected to any of the major companies and it doesn’t send any of your information to external servers. Any info collected is used at the device level only. If you are worried about privacy this may be the best voice assistant for you. The goal of Saiy is to be simple, fast, and the one thing you don’t know how you ever lived without. Head to the link below for more discussion on this app!

Check out Saiy in the Android Apps and Games forum 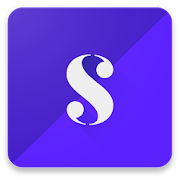 Enthusiast of all things tech. I've been an Android users since Donut. My first Rom was Myn's Warm Eclair dual booted on the HTC Touch. I've been hanging around XDA since 2009. I run the youtube channel DroidModd3rX. Direct contact [email protected]