For the past couple of years, Samsung has released a beta program for the latest version of Android on their flagship series’. This year Samsung should be releasing an Android Pie beta with Samsung Experience 10 for the Samsung Galaxy S9 and Samsung Galaxy S9+. We suspect that this Android Pie beta program will be launching soon as the FAQ and EULA pages have gone live.

The EULA and FAQ don’t contain any information about the start of the beta program, but it does have information on how to sign up for it. You can sign up, in the United States, using the Samsung Plus app. Samsung Plus can be downloaded through Galaxy Apps store or the Google Play Store. On the start date, you will be able to click a banner in the Samsung Plus app and to sign up for the Android Pie beta program. Like last year, there will probably only be about 10,000 spots available. This beta is only for those who own the U.S. unlocked variant of the phone and also T-Mobile and Sprint customers. You can follow our instructions for installing the leaked Samsung Experience 10 builds which we will update with each official Android Pie beta release. We have the files for the Qualcomm Snapdragon 845 versions of the Samsung Galaxy S9, Galaxy S9+, and Galaxy Note 9. 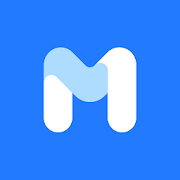 The pages haven’t been updated for the U.K. and South Korean betas yet, although they will probably get their own beta programs like last year. Samsung will post on the Samsung Newsroom with more information on the beta when it launches. It will probably launch later this month with an official release of Android Pie in mid-to-late January, but that’s just my guess. Last year the beta launched on November 2nd, so we could be seeing the beta a bit earlier this year. Samsung should be doing about 6 beta updates every 2 weeks, but there could be more. My own source tells me that Samsung plans to launch this beta program by the end of this month.

Samsung Experience 10 based on Android Pie

Samsung Experience 10, which is what this beta brings, has already been leaked. Samsung Experience 10 comes with a fully redesigned UI with black backgrounds and white cards with rounded corners. This is the redesigned Samsung Experience that Samsung is bringing for its Android Pie release. This update also comes with a fully redesigned icon set to match their new design language. We have done a hands-on with these builds for the Galaxy S9 and Galaxy S9+ along with the Galaxy Note 9. These early Android Pie builds are often unstable and buggy. The Android Pie beta will allow users to submit suggestions and bug reports before the general release. It will also have a community forum for beta users to discuss the beta. Samsung generally checks every post to make sure they see each user’s opinion.

Essential Phone is getting support for the Android 11 Developer Preview