Over the last year, Samsung has made monumental changes to the software experience it offers to smartphone users. The Samsung Experience UI has been sobered up and evolved into the Android Pie-based One UI, which is much lighter, less intrusive, coherent, and beautiful in its own way. But aside from majorly overhauling the interface, Samsung also gave some thought to letting users fine-tune the experience on their Samsung flagship. Last year, it released the Good Lock which is a set of mods to customize the UI, automate tasks, or make the most out of single-handed. It is a great way to change how your Samsung Galaxy S10, Galaxy S9/S9+, or Galaxy Note 9 looks or feels.

Since Good Lock is limited to Australia, Canada, Korea, Singapore, and the USA, NiceLock by XDA Senior Member xantrk serves as an unofficial alternative in other regions by helping users download and manage official Samsung Good Lock modules.  These official mods can be downloaded as APKs and installed manually. Earlier, you could earlier find direct download links within NiceLock’s app but that feature has now been removed due to Google’s restriction on app downloads outside of Google Play Store through another app. As a remedy to this, xantrk has developed a separate NiceLock Downloader Companion for Samsung power users to download and manage these mods.

NiceLock Downloader Companion makes it easier to find all Good Lock mods in a single place. Currently, the downloader app directs users to APKMirror but future versions will allow them to download and auto-update mods. The companion app is not available on the Play Store, so you might want to keep checking the thread for newer updates to the app.

Please note that the NiceLock Downloader Companion does not replace NiceLock but only augments it and you’ll need both the apps to unofficially utilize the goodness of Good Lock. 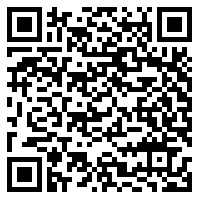