Samsung is shipping two different cooling systems in the Galaxy Note 20 Ultra, but there’s no reason to worry

There's no proof yet that one is better than the other

When reviews of Samsung’s Galaxy Note 20 Ultra hit the web earlier this month, some outlets reported that the device ran a little hot when performing certain intensive tasks. Multiple teardowns of the Galaxy Note 20 Ultra then revealed that Samsung was shipping two different cooling systems: One consisting of a copper vapor chamber and another consisting of graphite thermal pads. Some users were understandably concerned about whether or not they were getting the short end of the stick; after all, you shouldn’t have to worry about ending up on the losing side of a hardware lottery when you’re spending $1,300 on a phone. There’s no reason to worry right now, though, because there’s no evidence yet that one cooling system is better than the other.

To recap, iFixit confirmed the presence of a multi-layered graphite thermal pad during their teardown of the Galaxy Note 20 Ultra, as opposed to the copper vapor chamber cooling system that Samsung has typically used (and marketed) in its older devices. As iFixit pointed out, some Galaxy Note 20 Ultra models still do feature a copper vapor chamber system, and there’s no indication that the different cooling systems are tied to the region in which the device is sold. For example, Zack from JerryRigEverything had an international (Exynos) unit with a graphite thermal pad, much like iFixit’s U.S. (Snapdragon) unit. 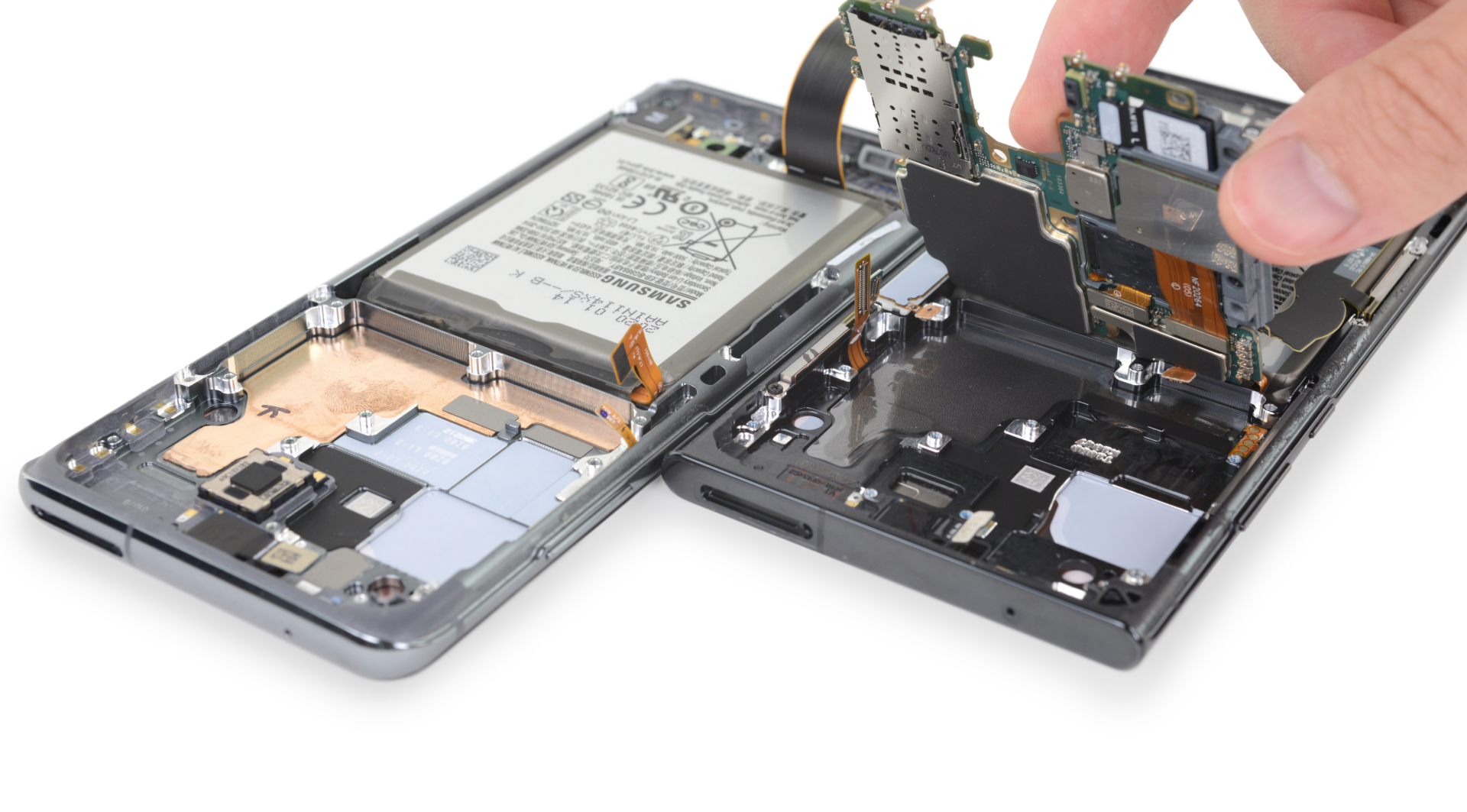 iFixit argues that you shouldn’t worry about whether or not your Galaxy Note 20 Ultra has a copper vapor chamber or graphene cooling pads, though. For starters, just because your phone feels hot doesn’t mean it’s actually overheating. If your phone feels warm, then that means heat is being effectively dissipated from the CPU and GPU. The cooling system is meant to protect the internal components from heating to dangerous levels, which in turn means the components will last longer and also be able to maintain peak performance for longer.

It should be noted that right now, none of the complaints about the phone overheating have been followed up by a teardown to confirm which cooling system is in use. There’s no other known way to confirm which cooling system is used; the information is not displayed on packaging, on the outside of the phone, in the software, etc. Thus, you can’t attribute any perceived overheating problems to either the copper vapor chamber or graphene cooling pad systems.

iFixit concludes that Samsung trusts both cooling systems enough to use them interchangeably. The vapor cooling system was something that Samsung touted heavily a few years ago, but perhaps Samsung saw that graphene cooling pads are just as effective at dissipating heat, so they’re comfortable using both systems. While Samsung hasn’t offered its own statement yet, iFixit’s Greg Kramer, a thermal systems engineer, states that “there is little difference in performance between [vapor chambers] and the graphite. As long as you take the gap tolerances into consideration, it can be simple enough to swap them out for each other.”

Dual sourcing is actually common practice in the industry, especially when dealing with large volumes of products. Companies need to make sure that they have a secure supply of components to meet the demand for their devices, so they sometimes source components from multiple vendors to meet volume. This is usually not a problem because companies want to make sure that both components offer the same performance. If you think about it, there’s no reason for a company to want to intentionally screw over a portion of their buyers—a substantial gap in performance would trigger outrage when discovered by consumers, as we’ve already seen from users reacting to Samsung’s shipping its (arguably inferior) Exynos chipsets in certain regions.

Even though Samsung’s marketing of the Galaxy S10+’s vapor chamber cooling proved effective, iFixit notes that the solution has some drawbacks, such as being delicate during installation and being vulnerable to swelling if it’s heated up slightly past its limit. Notably, the Galaxy Note 20 Ultra isn’t even the first Samsung phone to feature the alternative graphite-based cooling system as iFixit notes that the system can actually be found in the first-gen Galaxy Z Flip. So if you’re worried about what cooling system will end up on the Galaxy Note 20 Ultra that Samsung ships to you, then don’t be. If evidence emerges that one solution is in fact superior to the other, we’ll of course update this article with that information.