Samsung Galaxy S20 has a hidden 96Hz display mode: Here’s how to enable it

Samsung recently unveiled their Galaxy S20 lineup of smartphones. They have all of the bells and whistles you would expect from a Samsung flagship by now, including decently-performing cameras as well as top-of-the-line internals, but they also have one notable key feature, which is a high refresh rate display. The Samsung Galaxy S20 series has a display that supports a maximum resolution of 3200×1440 (WQHD+) and a maximum refresh rate of 120Hz. Despite some limitations, such as the fact that the 120Hz mode is limited to an FHD+ resolution (WQHD+ is limited to 60Hz, so you either have one or the other), it was a first and a major milestone for Samsung.

120Hz will clearly make your phone look really smooth, but with one downside: battery life. In display settings, you can choose to make the Galaxy S20 run at 2400×1080 (FHD+) and/or 60Hz: unlike many other smartphones from other manufacturers, there is no midway 90Hz option, leaving 60Hz and 120Hz as your two only options. 120Hz refreshes your display twice as quickly as 60Hz does, taking a toll on your battery life in the process. However, we recently discovered that these aren’t the only modes that the display supports: there are other hidden display modes you can set in the Galaxy S20s.

If you run the shell command “dumpsys display,” you’ll find that the Galaxy S20’s display actually supports the following modes:

Here, we can see that there are several resolutions and refresh rates that are not accessible to the user: 1600×720 (HD+) resolution, 96fps, and 48fps. Despite the fact that these modes are not toggleable through the phone’s Settings, though, the fact that they show up here means that the phone supports these modes, and as such, we can force the Galaxy S20 to run in one of these modes.

By changing the value of Settings.System.peak_refresh_rate and Settings.System.min_refresh_rate to 48.0 or 96.0, you can set the refresh rate of your Galaxy S20 to one of these hidden values. Setting your phone to 96Hz will give you a slight bump in battery life as your display won’t refresh content as often, while still getting the advantages of having a high refresh rate on your display: it’ll still look considerably smoother than 60Hz. It will still not work with WQHD+, though, as that combination is not listed as one of the supported display modes.

To save you the hassle of running shell commands, though, XDA Senior Member sathishtony has put together a simple app that lets you change between 96Hz and 120Hz. The app even adds two Quick Setting tiles to toggle between the refresh rate modes. The app is open source and extremely simple because all it does is change the peak_refresh_rate and min_refresh_rate settings values for you. You can confirm if the change is working by going to testufo.com.

Check out the app on XDA Labs right now! 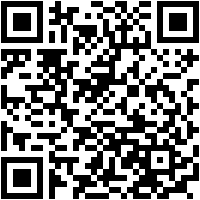 XDA » Mods » Samsung Galaxy S20 has a hidden 96Hz display mode: Here’s how to enable it

Huawei P30 and P30 Pro are getting their stable EMUI 10.1 updates globally