Samsung Galaxy S22 Plus vs Google Pixel 6 Pro: Which flagship phone to buy?

Samsung’s Galaxy S22 Plus and the Google Pixel 6 Pro are two of the best premium flagship phones you can buy in 2022. The Galaxy S22 Plus sits in the middle between the smaller Galaxy S22 and the more premium Galaxy S22 Ultra in the lineup this year. The Pixel 6 Pro, on the other hand, represents the best of what Google has to offer in the smartphone space in 2022. From powerful internals to excellent software support, there’s a lot to like about each of these phones but they’re not created equal. You’re bound to lean towards one or the other depending on your expectations, so let’s take a look at the Galaxy S22 Plus vs Google Pixel 6 Pro comparison to find out which one’s better to buy in 2022.

Before we begin this comparison, let’s take a quick look at the specifications to find out what each of these devices brings to the table:

Both the Galaxy S22 Plus and the Pixel 6 Pro, as you can see, offer a good set of internals for the price. But there’s a lot more to a phone than just a bunch of numbers on paper, so let’s dive a little deeper to find out which one’s worth your money. The Galaxy S22 Plus borrows a lot from its predecessor in the design department, which is why it looks very similar to the Galaxy S21 Plus. Meanwhile, the Pixel 6 Pro represents the new design language and it looks entirely different from anything we’ve seen from Google in the past. Design is entirely subjective, so we’ll leave it up to you to decide which one’s better. But as far as the details are concerned, the Galaxy S22 Plus sports a flat back panel and side frame, but the contoured camera bump makes a comeback this year. The Galaxy S22 Plus is available to purchase in a variety of colors — Phantom Black, Green, Phantom White, Pink Gold, Graphite, Cream, Sky Blue, Violet — and we think they all look and feel equally premium. Meanwhile, Google’s Pixel 6 Pro has a pretty unique design, with its camera visor being the main attraction. The camera bump on the Pixel 6 Pro is significantly bigger compared to the one on the Galaxy S22 Plus. But it runs across the entire device horizontally, meaning the device doesn’t wobble on the desk while laying flat. It also looks like Thomas Bangalter’s Daft Punk helmet, which is pretty cool too. But as we mentioned in our Google Pixel 6 Pro review, the device feels rather unwieldy to hold in one hand. We also found it to be very slippery and our Stormy Black model attracted a lot of fingerprints and smudges too. The Pixel 6 Pro is available in three colors — Sorta Sunny, Cloudy White, and Stormy Black — and all have a dual-tone finish. The Galaxy S22 Plus is both thinner and lighter compared to the Google Pixel 6 Pro. It measures 7.6mm in thickness and weighs 196 grams compared to the Pixel 6 Pro which measures 8.9 mm in thickness and weighs 210 grams. The Google Pixel 6 Pro is also the taller device with a slightly bigger display, so keep that in mind. Neither of them has a headphone jack or a microSD card slot for storage expansion, so all you get is a USB Type-C port on the bottom. Samsung is using an armor aluminum frame and Gorilla Glass Victus+ on both the front and back of the Galaxy S22 Plus, and it comes with an IP68 rating for dust and water resistance. The Pixel 6 Pro also comes with an Aluminum mid-frame, but it uses Gorilla Glass Victus for the front and back panels. The Galaxy S22 Plus comes with a Snapdragon 8 Gen 1 or the Exynos 2200 chipset depending on where you buy it from. The Pixel 6 Pro, on the other hand, comes with Google’s tensor chip. Qualcomm’s snapdragon 8 Gen 1 is better in terms of the overall performance, but you’re probably not going to notice the difference in day-to-day usage. Even the Exynos 2200 comes out on top with its general performance, but there’s plenty to like about the Tensor chip too. It should also be able to handle more demanding tasks such as gaming with ease. The Samsung Galaxy 22 Plus, however, tops out at 8GB of RAM and 256GB of internal storage, with no microSD card support for storage expansion. The Google Pixel 6 Pro can be purchased with up to 12GB of RAM and up to 512GB of storage, so it’s better for those who want more memory and storage out of the box.

The Google Pixel 6 Pro also wins in the battery and charging department. Google has packed the Pixel 6 Pro with a massive 5,004mAh battery with support for fast-charging up to 30W which takes about an hour to fully charge. And as we mentioned in our review, the Pixel 6 Pro tends to heat up while charging and it throttles the charging speed if/when the temperature gets roughly above 35°C (95°F). The phone can handle up to 23W of wireless charging speeds without any issues though. The Galaxy S22 Plus gets a relatively smaller 4,500mAh battery inside, which is even smaller than the Galaxy S21’s battery from last year. However, it supports charging speeds of up to 45W provided you use a USB PD PPS-enabled charger. It’ll only hit 15W on wireless charging though, so keep that in mind. Both phones, in case you’re wondering, don’t come with a charger inside the box, meaning you’ll have to buy one separately.

Both phones are capable of capturing some stunning photos in both daytime and night. There are inconsistencies when you switch between the lens, but the photos coming out of both phones have great colors and a good amount of details. We’ll leave some camera samples captured using both phones below for you to check out. 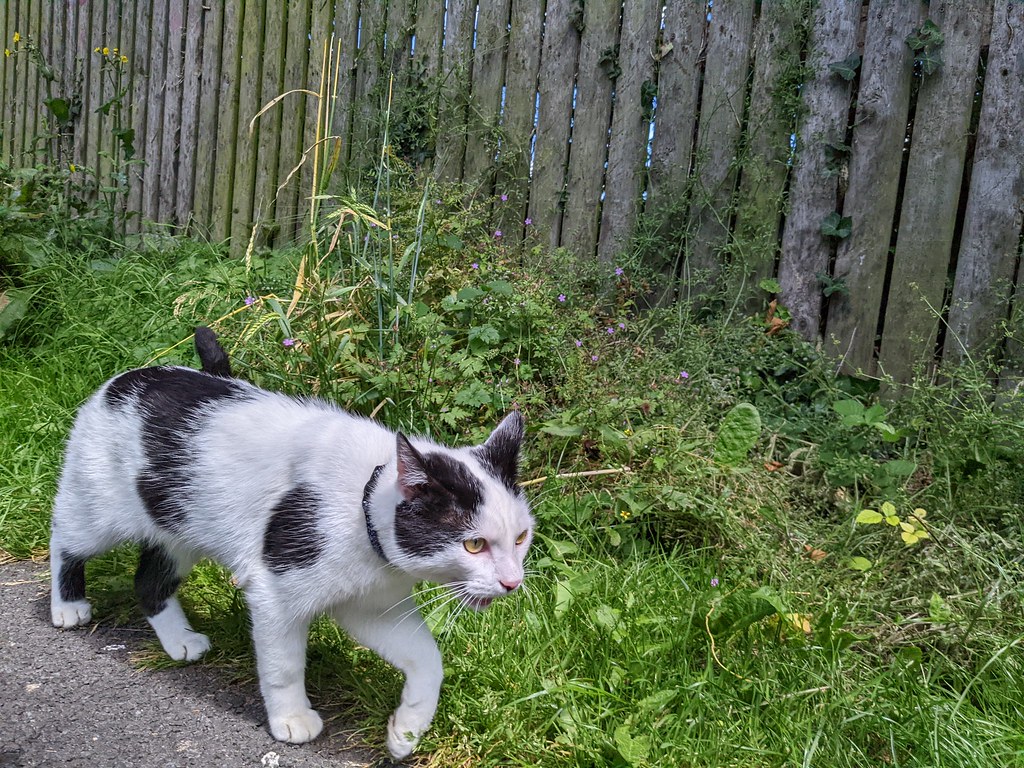 Samsung Galaxy S22 Plus vs Google Pixel 6 Pro: Which one to buy?

While the Galaxy S22 Plus and the Pixel 6 Pro are both fighting for the same piece of the pie, they’re two entirely different phones with unique features. The Galaxy S22 Plus is the embodiment of the ‘if it ain’t broke, don’t fix it’ approach, as it borrows a lot from its predecessor, the Galaxy S21 Plus. We’re looking at an incremental upgrade with the Galaxy S22 Plus but there’s still plenty to like here. You get a new 50MP sensor and upgraded chips to go against the newer flagships on the market. It’s a solid all-rounder that’ll perform well for many years to come. The Google Pixel 6 Pro, on the other hand, represents the best of what Google has to offer in the smartphone space. It has an entirely new design and comes with Google’s new Tensor chip too.

For $100 more, the Galaxy S22 Plus delivers better performance with Snapdragon 8 Gen 1 or the Exynos 2200 chipset. But you only get a 1080p display, a smaller battery, and limited memory and storage compared to the Google Pixel 6 Pro. It does, however, come with tried-and-tested hardware and is promised to receive four years’ worth of major platform updates. The Pixel 6 Pro, in comparison, is slated to receive three years of OS upgrades, meaning Samsung beat Google at its own game with the Galaxy S series flagship phones this year.

It’s tough to pick a definite winner in this comparison, but you’re bound to experience the best of what Android has to offer with either of these phones. If you’re leaning toward trying a phone with a unique design and a reliable set of cameras, the Pixel 6 Pro is the way to go.  But if you don’t mind spending slightly more on Samsung’s tried and tested formula to get a great all-rounder, then you’ll love the Galaxy S22 Plus. Either way, you’re not buying a bad phone, so pick the one based on your preferences. The Google Pixel 6 Pro is the latest and greatest flagship smartphone from Google, and it has a lot to love.

If you're not looking for the bells and whistles provided by the Ultra, the Galaxy S22 Plus is one of the best Android flagship phone that you can buy, with a premium camera experience, a 120Hz AMOLED display, and more.

So which Android flagship are you planning to buy? Let us know by dropping a comment down below. Also, be sure to check out our Galaxy S22 Plus deals and Google Pixel 6 Pro’s deals page to see if you can save some money on your purchase. You can always use some extra savings to splurge on good-quality cases. You can find some solid options in our collection of the best Galaxy S22 Plus cases or the Google Pixel 6 Pro cases.