Buying a flagship smartphone in 2022 shouldn’t cost you a fortune. There are plenty of options to explore that offer a top-notch flagship smartphone experience while being reasonably priced. Take, for example, the OnePlus 9RT, which can be had for ~$699 and has all the bells and whistles you expect from a modern-day flagship, including a gorgeous display, capable main cameras, and flagship processor. But how does it compare to a seasoned flagship phone like the Galaxy S22? There’s only one way to find out.

Both the Galaxy S22 and the OnePlus 9RT are great-looking phones. The Galaxy S22 is on the smaller side, measuring 146 x 70.6 x 7.6 mm and weighing just 168g. It features a minimalistic design with rounded corners and a flat aluminum middle frame, which looks a lot like the current iPhone. The camera island on the back is the most striking element of the Galaxy S22. Both front and back are protected by Gorilla Glass Victus. The OnePlus 9RT looks less exciting than the Galaxy S22, but it’s also made with premium materials, featuring aluminum side rails and a glass back. The back has a silky texture which feels nice to touch. OnePlus has also done a great job with the weight distribution, so the phone is comfortable to hold. OnePlus’ signature alert slider is placed on the right side, while the rectangular camera island on the back houses three cameras. While both displays are neck to neck in terms of raw numbers, the Galaxy S22 has a superior panel compared to the older Samsung E4 panel used by the OnePlus 9RT. The difference is certainly not huge, and unless you have trained eyes and have used a lot of flagships, you’re unlikely to notice

As you can see, the Galaxy S22 has superior hardware as it offers a 10MP zoom lens. You won’t get crazy good zooming like the Galaxy S22 Ultra, but it gets the job done. The OnePlus 9RT doesn’t have a dedicated zoom camera, so any zooming you do will be digital, and the final image may not look as sharp.

The Galaxy S22 and OnePlus 9RT both have a 50MP main shooter. In good lighting conditions, both phones produce sharp images with high dynamic range and accurate color reproduction. But in low-light and dark conditions, the Galaxy S22 is much better and more reliable than the OnePlus 9RT.

The OnePlus 9RT’s 16MP ultra-wide camera is nothing to write home about. It produces serviceable photos in broad daylight, but its low light performance leaves a lot to be desired. 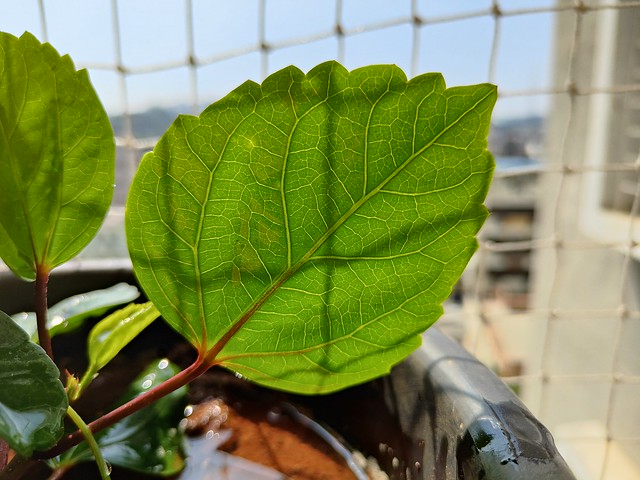 Overall, the Galaxy S22 has a more versatile and reliable camera system. It offers significantly better low-light performance, a better ultra-wide camera, and a dedicated zoom lens. But for a device that costs nearly half the price of the Galaxy S22, the OnePlus 9RT still delivers an impressive camera performance.

The OnePlus 9RT also has a large vapor cooling champer to keep thermals in check during intensive workloads such as gaming.

The OnePlus 9RT also blows the Galaxy S22 out of the water when it comes to the charging speed, offering super 67W wired fast charging. The Galaxy S22 tops out at 25W but does support wireless charging, which is missing on the OnePlus 9RT.

The Galaxy S22 runs Android out of the box with One UI 4 on top. Samsung promises up to four years of OS updates and five years of security updates, putting even Google Pixel to shame. The OnePlus 9RT ships with OxygenOS 11 based on Android 11 but is upgradable to Android 12, although many users dislike the Android 12 upgrade on OnePlus devices. OnePlus promises three years of OS updates and four years of security updates, which, while not as impressive as Samsung’s, is still better than what some other affordable flagships on the market offer.

Choosing between the OnePlus 9RT and Galaxy S22 is one of the easiest decisions you’ll make. There’s a significant price gap between the two, and both phones cater to different audiences. The Galaxy S22 starts at ₹72,999, while the OnePlus 9RT is priced at ₹42,999. It’s not a fair comparison at all, and your answer is more than likely dictated by your budget.

The Galaxy S22 has a better display, a faster chipset, and more versatile and capable cameras. It handily beats the OnePlus 9RT in all areas except the battery life and charging speed. It also gives you the best software support on the market, and Samsung generally offers good exchange rates should you decide to jump to a newer Galaxy flagship later down the road. You can also check out the best deals on the Galaxy S22 to save money. The OnePlus 9RT offers flagship hardware at an affordable price.

If the budget is the constraint, the OnePlus 9RT is a no-brainer. It’s one of the best value-for-money flagships in the Indian market, and when you factor in deals and cashback, it looks even more enticing. You get a beautiful AMOLED display, flagship Snapdragon 888 chipset, capable main shooter, and blazing fast charging speed.