The Galaxy S22 is one of the best Android smartphones for anyone that wants a mix of exceptional cameras and flagship performance in a compact package under $1000. We recently revisited the Galaxy S22 in a longer-term review, and it’s quite amazing how it has held the test of time, especially considering so many great flagships have launched since the device came out. But how does it compare to its predecessor? Being a successor, the Galaxy S22 is obviously going to be better than the Galaxy S21 in most areas. But the question is, how much better? Is it worth upgrading to the Galaxy S22 if you’re already using the S21? Should you get the older model and save money or pick up the latest model? While both models follow the same general design, they differ when it comes to the build quality. The Galaxy S21 features a plastic back and aluminum frame while the Galaxy S22 uses more premium materials, which include a glass back with Gorilla Glass Victus Plus protection and an armor aluminum frame. The Galaxy S22 also comes in more colorways: Phantom Black, White, Pink Gold, Green, Graphite, Sky Blue, Violet, Cream, and Bora Purple. Meanwhile, the Galaxy S21 comes in Gray, White, Violet, and Pink. Display-wise, the Galaxy S21, and Galaxy S22 are pretty similar. Both use Samsung’s best AMOLED panels with FHD+ resolution, 120Hz refresh rates, and HDR10+ content support. The Galaxy S22 packs a slightly smaller 6.1-inch panel compared to the Galaxy S21’s 6.2-inch panel. Otherwise, both panels are similar in color reproduction, saturation, contrast, and brightness. No matter which phone you pick, you’re guaranteed to get one of the best smartphone displays on the market. The camera hardware is one of the biggest differences between these two phones. The Galaxy S21 uses the same camera hardware as its predecessor, Galaxy S20, featuring a 12MP primary shooter, a 64MP telephoto lens, and a 12MP ultrawide camera.

The Galaxy S22, on the other hand, packs a new triple camera system, comprising a new 50MP main sensor, a 10MP telephoto lens with 3x optical zoom, and a 12MP ultra-wide camera.

Check out image samples from both phones to judge the photo quality for yourself. 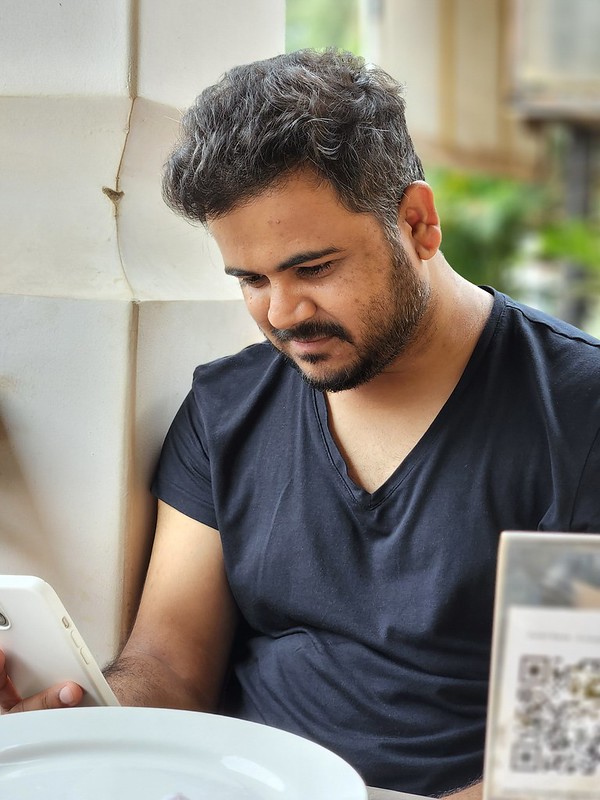 Although the Galaxy S22 is a superior phone overall, the battery is one area where it loses out to the Galaxy S21. The S22 packs a 3,700mAh cell, which is a step down from the 4,000mAh battery on the Galaxy S21. One might think that the smaller display and the more efficient chipset would compensate for the smaller battery. It’s true to some extent, but as we noted in our review if you’re a heavy user, the Galaxy S22 will struggle to get you through a full day. Both phones offer similar charging speeds: up to 25W wired and 15W wireless.

At the time of writing this article, the Galaxy S22 and Galaxy S21 are available at the same price on Samsung.com, so the choice is quite obvious if you’re planning to buy one from the official site. However, both models can be found at discounted prices from other sources, such as Amazon.

If you’re upgrading from an older Galaxy S model, we would recommend picking up the Galaxy S22 (don’t forget to take advantage of the best Galaxy S22 deals). Although the Galaxy S22 may not be much different than the S21 from the outside, it offers several notable upgrades over its predecessor and will get one more year of software updates compared to the S21. You get a more durable and premium design, a more powerful chipset, and upgraded cameras that deliver better low-light shots. That said, if you’re getting a great deal on the Galaxy S21, there’s nothing wrong with picking it up over the S22. The Galaxy S22 offers a delightful mix of powerful performance and exceptional cameras in a compact package. As for those using the Galaxy S21, there’s no need to upgrade for full price as you’re not missing out on anything substantial. It would be better to wait for the Galaxy S23 or S24 as it would likely bring more meaningful upgrades. Samsung does offer some insane trade-in discounts, so if your numbers for the Galaxy S22 come down substantially after trading in your Galaxy S21, it would be worth dropping in about ~$200 to get a newer, more futureproof device. So, no, don’t upgrade for full price, but do assess if you can jump up with just a small number.

If you’re looking for a flagship experience at a cheaper price, we recommend checking out the Galaxy S21 FE, which offers many of the premium features of the S21, including a bigger battery, for just $599.