At Galaxy Unpacked event yesterday, Samsung finally lifted the covers off the much-anticipated Galaxy Watch 4, the first smartwatch to run on the new unified Wear OS platform jointly developed by Google and Samsung. Alongside the launch of new smartwatches, Samsung is also giving a big facelift to the Galaxy Wearable app, the companion app used to manage your Galaxy smartwatches and other accessories.

The new update brings a much-needed UI overhaul (via Android Police) to the Galaxy Wearable app, which hadn’t seen a visual makeover for a long while and started to look a bit dated. With the new update, the bottom Home, Watch face, and Discover tabs are gone, and the hamburger menu and search button have been pushed down a bit, so they’re now much easier to reach with your thumb. Another big change is that the app now has proper white and black themes that respect your default system theme — earlier, it only had a black theme. Menus and settings that used to clutter the homescreen have been relocated under new categories, lending the homescreen a much cleaner look. Meanwhile, the device picker UI now has bigger fonts and rounded corners. Finally, the color of the app icon has also been changed from orange to blue. Functionality and feature-wise, everything is the same as before, but the app looks more modern and polished with the new UI.

Here are some screenshots of the redesigned UI: The redesigned Galaxy Wearable app has started rolling out on the Google Play Store. You can grab it from the link below. If it hasn’t gone live on your end, you can sideload the APK from APKMirror. Do note that besides updating the app, you’ll also need to update your device plugins. For example, if you’ve Galaxy Buds Pro, you’ll need to update the Galaxy Buds Pro plugin. 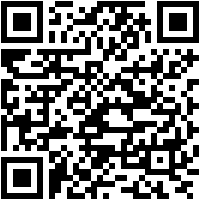