Samsung is the unquestioned leader when it comes to high-end Android smartphones. But even if you’re in the market for a Samsung phone, there are a lot of options. On one hand, Samsung offers a number of compelling budget phones like the budget-friendly Galaxy A series. However, if you want the best of the best, you really have two options — the Galaxy Z Fold 3 or the Galaxy S21 Ultra.

Of course, these two phones are quite different in a number of ways. The Galaxy Z Fold 3 is a foldable that combines elements of a traditional smartphone and a small tablet. With the Galaxy S21 Ultra, you get a more traditional slab-style smartphone, but one that includes every practical feature you can think of. Both phones are also incredibly expensive, so it makes sense to compare these two and see which one comes out on top.

Keep in mind that the answer to which phone is best may be different for each demographic. In this article, we’ll run down the pros and cons of each phone from a daily use point of view.

About this comparison: I’ve used the Galaxy S21 Ultra for around 7 months as my daily driver, before switching to the Galaxy Z Fold 3 ten days ago. Both the devices were personal purchases. Samsung had no input in this comparison.

The Galaxy S21 Ultra and the Galaxy Z Fold 3 are fundamentally different from a form-factor perspective. However, both share the premium design language you’d expect from a high-end Samsung phone. The Galaxy S21 Ultra is a more traditional slab phone, but it has a pleasing aesthetic. The phone features clean lines and a subtle curve that gives it a distinctive Samsung look.

Perhaps the most divisive part about the Galaxy S21 Ultra from a “looks” perspective is the camera module. Some users find the huge camera bump on the back to be a bit unsightly, but it doesn’t bother me that much honestly. One thing both phones have in common is sheer heft. Both the phones are heavy, and there’s no way around that. This can be both a pro and a con, depending on your outlook. If you don’t mind picking up a heavy phone all day, the weight certainly conveys a sense of confidence, craftsmanship, and premium build quality. On the other hand, these phones can be quite the load to carry around in your pocket all day. Using them in the hand for extended durations can also cause strain if you are not used to the weight. Both devices have a solid metal chassis with a front and back made of glass. The Galaxy S21 Ultra has the more durable Gorilla Glass Victus on the back, making it much more durable if dropped. Thankfully, the Galaxy Z Fold 3 and Galaxy S21 Ultra both have Victus glass on the front display, increasing scratch resistance. Of course, there’s no Victus glass on the inside display for the Fold 3, making it still a bit more fragile than the average smartphone screen. Continuing on the subject of durability, both phones have an IP rating now, but with substantially different meanings. The Galaxy S21 Ultra is IP68 dust/water-resistant. This means it can withstand dust, dirt, and sand, and is resistant to submersion up to a maximum depth of 1.5m underwater for up to thirty minutes.

The Galaxy Z Fold 3 on the other hand is on IPX8 water-resistant, meaning it can be submerged in a little over 1m of water, but should be kept away from dirt and sand. Obviously, the Galaxy S21 Ultra is still the more durable of the two phones. You can treat a traditional slab phone with a bit more reckless abandon than a foldable, and while the Year on Year improvement is great with the Galaxy Z Fold 3, you still need to keep it away from the beach.

The display is a tough category to compare with these two devices, mainly because the Galaxy Z Fold 3 has two screens and the Galaxy S21 Ultra only has a single screen. That in itself is a big distinguishing factor and something you’ll obviously need to consider when choosing between these phones. Let’s first talk about the cover display on the Galaxy Z Fold 3. My only complaint with the cover display is that it’s still too narrow for long keyboard sessions. If you want to type out a long message or email, you still need to open the inside display on the Galaxy Z Fold 3, which can be a bummer in certain situations. As for the inner screen on the Galaxy Z Fold 3, you get a glorious 7.6″ AMOLED panel that also features the adaptive 120Hz refresh rate. The screen is also more immersive thanks to the new Under Display Camera (UDC). While the camera is still noticeable due to pixelation, it’s a nice feature to have for watching Netflix or YouTube. Brightness and colors are excellent on the inner display, although some content still looks stretched in certain apps, which is more of a software issue. The Galaxy S21 Ultra has a more traditional 6.8″ Dynamic AMOLED display, which also has a much higher PPI than the Galaxy Z Fold 3. If you put both the devices side by side, you will notice a difference in sharpness, but it isn’t substantial. The Galaxy S21 Ultra also has a higher peak brightness, which is surprising considering how bright the Galaxy Z Fold 3 gets. You can actually see a substantial difference if you put these two phones side by side in bright outdoor light. Overall, both phones have excellent displays. You really must decide if you need two screens or if the foldable form factor will work for you on a daily basis. If you value a higher resolution panel with better peak brightness more than the foldable design, go with the S21 Ultra.

When it comes to hardware performance, these two phones are very similar. They both share the same Snapdragon 888 processor, graphics, and 12GB of RAM. There’s literally nothing you can throw at these two devices they can’t handle. Gaming is a joy on both phones, although I’d give the slight edge to the Galaxy Z Fold 3 here because the larger screen makes AAA games a lot more immersive. Still, you can play any popular Android game with maximum settings and never see any hiccups or lag.

One place the Galaxy S21 Ultra wins in my opinion is software optimization. In my time with the Galaxy Z Fold 3, there are still some bugs that cause apps to force close when switching from the cover display to the inner display, and vice versa. Of course, these bugs are likely proliferated by app makers not optimizing their devices for foldable displays. Samsung has put in a great deal of effort to optimize the One UI experience on the Galaxy Z Fold 3, but I still think the Galaxy S21 Ultra is the safer bet if you don’t want to deal with the growing pains of Android on a foldable device. Battery life is one of the biggest differentiators when comparing these two phones. On my Galaxy S21 Ultra, I’ve averaged around seven to eight hours of screen-on time over the life of the device. I put a substantial workload on my phone, often using it for 4K video, lots of pictures, streaming YouTube, and regular social media functions each day. Of course, I also often need to test gaming performance for work here at XDA, so that adds even more drain on my battery. With the Galaxy Z Fold 3, I’ve been lucky to get more than five hours of screen-on time each day. For me, that isn’t terrible, but it’s also a big disappointment coming from the stellar battery life on the S21 Ultra.

Samsung also has a fast-charging problem across their phone lineup. Despite labeling their charger as a ‘super fast’ charger, both the Galaxy Z Fold 3 and the Galaxy S21 Ultra only support 25W wired charging. That’s really not impressive considering that other companies are pushing 60W+ charging speeds at this point. It’s also weird that Samsung has regressed from 45W charging on the Galaxy S20 Ultra. Either way, both devices charge at the same wired speed, so it isn’t a deciding factor. Unfortunately, the Galaxy Z Fold 3 only charges wirelessly at 11W, while the Galaxy S21 Ultra is a bit faster at 15W.

If you’re truly deciding between these two phones, camera quality is going to be a big factor in your decision. The Galaxy Z Fold 3 technically has five cameras, three on the main module around the back, one on the cover display for selfies, and one UDC on the inner screen.

Read More: All the new Camera Features on the Samsung Galaxy Z Fold 3

Honestly, the UDC is awful, so it’s really not worth considering when comparing the quality to the Galaxy S21 Ultra. If you get a Galaxy Z Fold 3, it’s best to confine selfies to the camera on the cover display only. The Galaxy S21 Ultra itself also has five cameras total, four on the main module around the back, and one selfie camera around the front. Both devices also capture excellent detail when taking portraits and the quality is fairly comparable when looking at zoomed shots using the telephoto lens. Of course, the Galaxy S21 Ultra can increase that zoom much beyond 10x, which is the limit on the Galaxy Z Fold 3. The area where the Galaxy S21 Ultra pulls ahead is in low-light situations. Taking photos at night is much nicer on the Galaxy S21 Ultra — whether it’s people, objects, or the night sky, everything looks better. You can clearly see the difference in the color captured in the painted Arizona sky at sunset. Overall, colors look more vivid and differentiated on the Galaxy S21 Ultra. You’ll also notice that objects in the foreground are a bit sharper. Please see the labeled Flickr album below the galleries for full resolution shots. 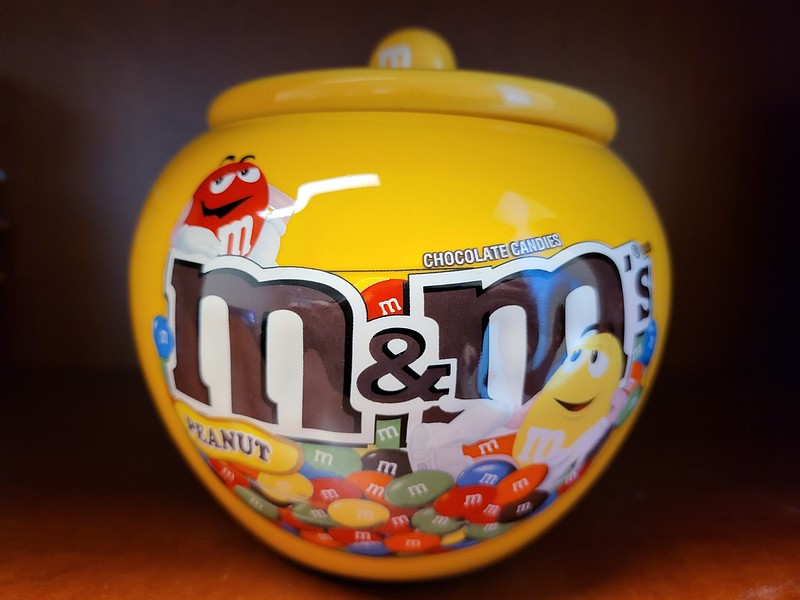 Speaker quality is a highlight for both devices. I’ll give a slight edge to the Galaxy Z Fold 3 because the audio feels more expansive and immersive when using the phone unfolded. The Galaxy S21 Ultra is definitely one of the better slab phones when it comes to speaker quality, so that’s saying a lot. Both devices have clear audio with a decent amount of bass. You can actually stream music on either device and not feel too bad about missing your headphones. 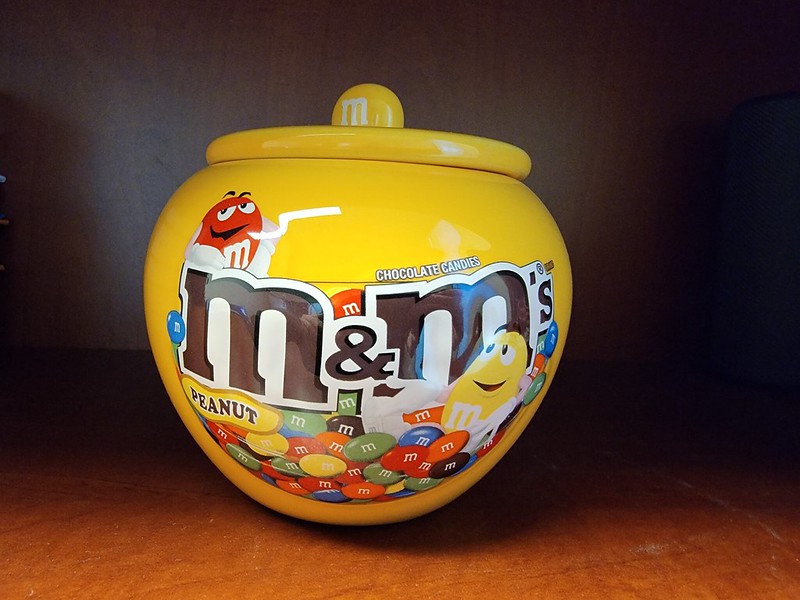 At the end of the day, these are both great phones. Which one you want to buy really comes down to a few key things. Form factor, battery life, and camera quality are the three biggest differentiating factors for me.

If you absolutely need a foldable phone, with a tablet-like display, then the Galaxy Z Fold 3 is a no-brainer. It’s a well-built device with a number of improvements over previous generations. You’ll definitely be happy with your new phone if you can stomach the $1,799 price, but you can find some solid deals to get it a little cheaper. If you do go with the Galaxy Z Fold 3, make sure to pick up a case to protect your investment. The Galaxy Z Fold 3 is the newest iteration of Samsung's flagship foldable. With S-pen support and improved durability, this is the best Fold yet. The Galaxy S21 Ultra is the best traditional Android phone you can buy today. It has every feature you could ask for and is now more affordable than ever. If you're not into foldables, this is the phone to get.

What did you end up choosing, the Galaxy S21 Ultra or the Galaxy Z Fold 3? Let us know in the comments below!